Analysis (useless analysis, that is) of the Eagles' first published depth chart 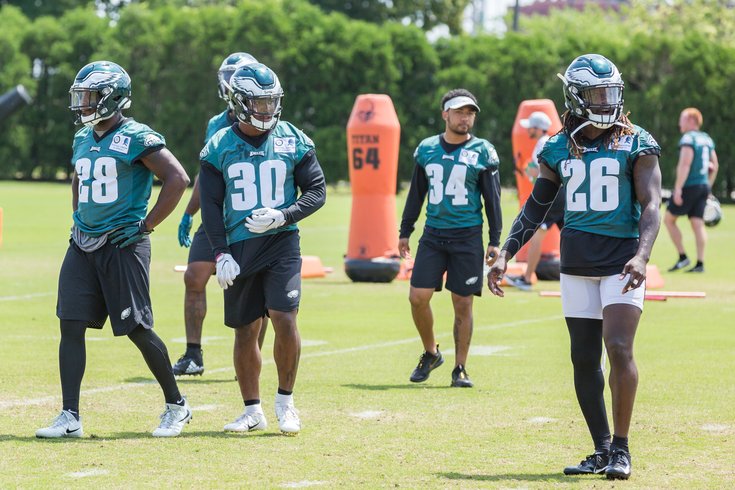 Back in the Chip Kelly days, when the Philadelphia Eagles released their first depth chart, Kelly went way out of his way to make sure everyone knew that head PR guy Derek Boyko was the one who put it together, and not the coaching staff, who viewed it as an unnecessary annoyance.

In other words, take any depth chart released during this time of year with a grain of salt.

For the first time since the 2018 league year has begun, the Eagles have released their first depth chart. It doesn't mean much, but we'll analyze the notable parts anyway, I suppose, in bullet-point form: 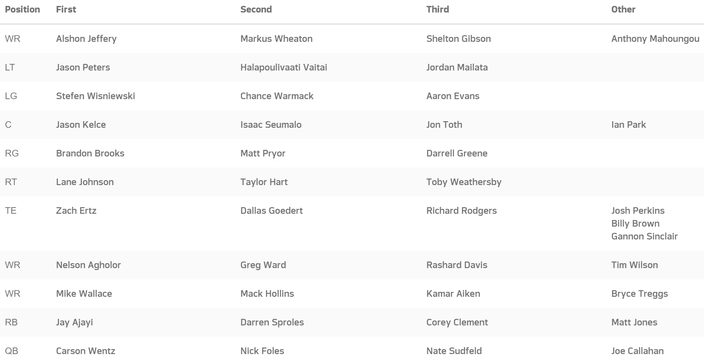 • The Eagles have Matt Jones listed as the fourth running back. Donnel Pumphrey, Wendell Smallwood, and Josh Adams don't appear on the depth chart, at all.

• The second-team receivers are Markus Wheaton, Greg Ward, and Mack Hollins. It's surprising that the Eagles didn't put Shelton Gibson in the top six, especially considering he was on the team last year.

• Dallas Goedert is listed as the second tight end, ahead of Richard Rodgers, as he should be.

• There are no surprises elsewhere. 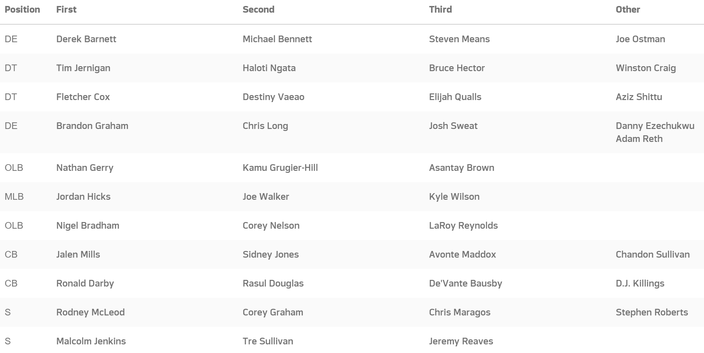 • In the battle for the third linebacker spot, Nate Gerry is listed with the first team offense ahead of Kamu Grugier-Hill and Corey Nelson.

• Sidney Jones is listed with the second team corners ahead of De'Vante Bausby. Again, that's no surprise, but the team had been given each player reps with the first team offense in the slot.

• Darren Sproles is listed both as the punt returner and kick returner.

• The Eagles didn't accidentally put Donnie Jones in as the punter.