Danny DiGiampietro is a devoted Phillies fan, but fulfilling Houston's order was a matter of logistics with a bit of smack talk mixed in 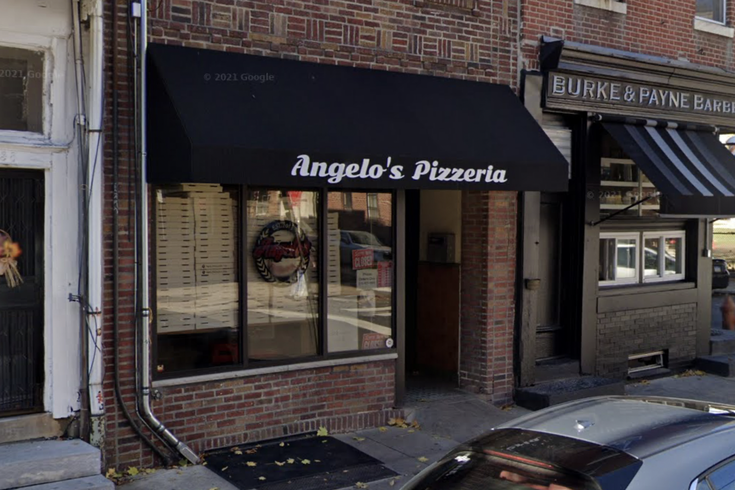 The Houston Astros wanted cheesesteaks from Angelo's Pizzeria in South Philly on Monday night, when Game 3 of the World Series was initially set to be played. But the business declined the order because it is typically closed at that time.

Is an allegiance to the Phillies worth more to Angelo's Pizzeria than a big catering order from the Houston Astros, Philadelphia's villainous World Series foes? Not exactly.

The owner of the the popular South Philly pizza and sandwich shop, at 736 S. Ninth St., explained the situation on the restaurant's Instagram on Wednesday morning, a day after social media was buzzing about how Angelo's purportedly had declined to cater the Astros' post-game meal after Game 3 because ... well, just because they are the Astros and the pizzeria's owner, Danny DiGiampietro, is loyal to the Phillies. The home team clobbered the Astros 7-0 at Citizens Bank Park on Tuesday night.

In a separate situation, another South Philly restaurant, Mike's BBQ, at 1703 S. 11th St., also was portrayed as refusing to feed Houston, but that, too, seems to be an instance fueled by confusion and social media run amok. But first, the situation at Angelo's:

In a series of Instagram stories posted Wednesday, DiGiampietro revels in the situation a bit. He talks with an employee about a threat that people would come throw cheesesteaks at the shop.

"If they do come in to throw cheesesteaks, I want to ask them if they can bring some of my favorite steaks." Then DiGiampietro lists some of his favorite places. "At least throw good cheesesteaks. And don't stop there," DiGiampietro says, continuing to name a who's who of Philly hoagie shops and roast pork makers. "Why limit it to the cheesesteak? Philadelphia is rich in sandwiches."

About the Astros attempt to place a late-night order, DiGiampietro said he had been contacted by a person who works for the team.

He continues, "What's out there (online), you can choose to believe, but the truth is we couldn't do it."

Angelo's turning down the Astros' order became public, at least partly, because of DiGiampietro's own doing. In an earlier Instagram story, he posted a video as he waited at security at Citizen's Bank Park to drop off a sandwich order for the Phillies.

"If you think that I'd cook for the Astros, you're out of your mind," DiGiampietro says in the video, which has since expired on his account, but not before it was preserved by an Eagles-related Twitter account.

The #Astros tried to order catering for their team and staff from the famous Angelo’s Pizzeria in South Philly, the store owner declined to serve them. pic.twitter.com/aN5FUjA0Qm

On Wednesday, DiGiampietro explained that was just some World Series trash talk.

"We loaded the sandwiches into my car. I drove to the stadium, obviously I'm not looking at my phone. I had waited like 15-20 minutes for security to check me in. I mean, it's the World Series. They're not just letting Joe Schmoe in there, saying I got sandwiches," he says.

He opened his Instagram while he waited, "and there were hundreds of DMs asking if they (the sandwiches) were for the Astros. I can't answer 100 or 200 or 300 DMs with the same answer. So I put a story out there saying, if you think these are for the Astros, you're crazy. And then it took off from there. Boom!"

Amber Sarcone, part of the family that owns Sarcone's Bakery nearby and also connected to DiGiampietro through marriage, tweeted before the start of Game 3 that the pizzeria had "denied the Astros cheesesteaks," adding that it had resulted in bomb threats made to the business.

My cousin denied the Astros cheesesteaks today and their fans are threatening to bomb his store. I don’t want to EVER hear people talking about Philly throwing snow balls to Santa again. Forreal 😑

Yall. The wanted it delivered AFTER the game. He closes at 7pm & didn’t want to make food during the game 🤷🏼‍♀️ thats all. Im not explaining this again! Go Phils!

The reaction on social media earned Angelo's Pizzeria a lot of press on Wednesday. DiGiampietro referenced doing an interview with Inquirer food writer Michael Klein; Maggie Kent and a 6ABC cameraperson were at the shop working on a story; and Matt Young, the trending sports reporter for the Houston Chronicle got some time with DiGiampietro, too.

The Houston Astros also struck out when trying to place an order to another South Philly restaurant, Mike's BBQ, but the issue had nothing to do with the Astros playing the Phillies in the World Series.

The staff at Angelo's is understandably invested in the Phillies' championship quest. The pizzeria's Instagram posted this photo from Minute Maid Park in Houston during an earlier World Series game, and DiGiampietro said he would be at Wednesday night's Game 4.

The restaurant also appears to be pretty plugged into the Philadelphia sports scene. In another Instagram post last month, Eagles wide receiver A.J. Brown was shown at the business in South Philly.

The Astros also reportedly tried to order food from Mike's BBQ, another South Philly favorite. In an Instagram post early Wednesday, Mike's explained why the restaurant didn't fill Houston's order either: The team had contacted the wrong restaurant.

Mike's BBQ has served the Phillies' National League East rivals, including the Braves and Mets, without any qualms. The Astros' order couldn't be taken because the visiting team was trying to place an order for Latin food, the restaurant said. The Astros were given another local food recommendation instead.

"It was very funny saying we weren't going to feed them. Which we couldn't anyway," Mike's BBQ wrote. "We don't make Latin food. Nor were we open those days."

All of this minutiae is part and parcel of the hype surrounding the World Series in Philadelphia. It'll provide a little extra fodder on Wednesday night at Citizens Bank Park, where the Phils have a golden opportunity to take a commanding lead in the series.

NOTE: Portions of this story were edited, rewritten and updated after it was originally published.