Another gorilla pregnant at Philadelphia Zoo, due in summer 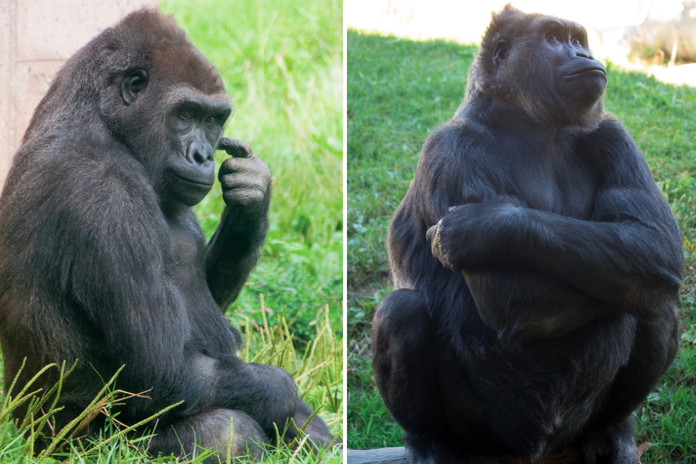 One gorilla at the Philadelphia Zoo is doing his best to get his species off the endangered list.

Zoo officials announced Thursday that 17-year-old Kira is expecting a baby western lowland gorilla in the summer. This is her first pregnancy, which was confirmed using an over-the-counter home pregnancy test.

Doctors say Kira is in good health and hope she will deliver her baby without assistance. However, the zoo has assembled a team of doctors from area hospitals to oversee the pregnancy and intervene if necessary.

The baby's father, 32-year-old Motuba, is now expecting his second offspring since arriving at the Philly Zoo in February 2014 from the Henry Doorly Zoo in Ohama, Nebraska. Last year, Motuba and 22-year-old Honi welcomed their daughter, Amani, in August. Motuba also has another daughter, Bambio, who was born in 2003.

“Kira loves babies,” said Kristen Farley-Rambo, the zoo's primary gorilla keeper. “She’s shown a lot of interest in baby Amani. And she was a great older sister to her younger siblings. We think she’s well-prepared to be a first-time mother.”

The International Union for Conservation of Nature listed western lowland gorillas on the critically endangered list in the wild.

Gorillas are usually pregnant for 8.5 months, and the zoo expects Kira to give birth in June 2017. Newborn gorillas weigh approximately 4 pounds at birth.