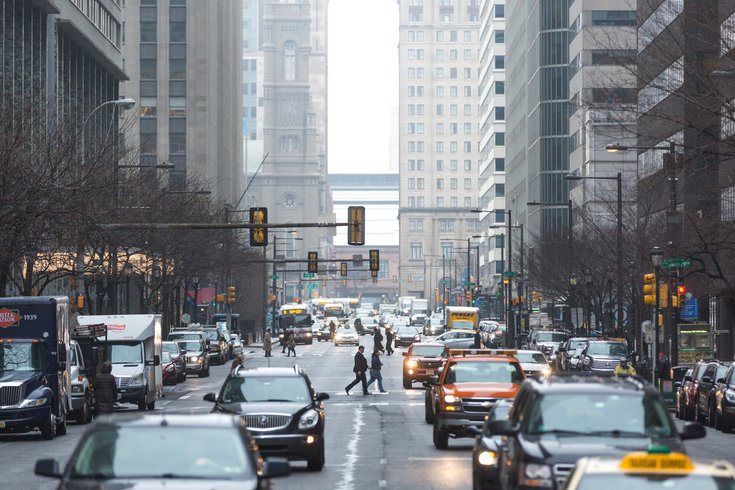 The city announced that applications for anti-violence grants will open Friday, giving mid-sized, neighborhood-based organizations the chance to get more funding.

Starting Friday, Philadelphia's grassroots neighborhood organizations will be able to apply for grants for anti-violence efforts amid the city's surge in gun violence through the Anti-Violence Community Partnership program.

The program allocates $22 million for anti-violence efforts through the city's budget, and grant recipients will receive anywhere from $100,000 to $1 million for their work.

"We are looking for programs that expand access to community-based trauma services, build relationships to promote mental and emotional and well-being, as well as support services to help individuals highly at risk to be able to obtain and keep a job," Mayor Jim Kenney said during a news conference on Wednesday.

Applications will be posted online to the Office of Criminal Justice and Public Safety's website, and the window closes on Sept. 3.

Grants will be awarded on a rolling basis starting Aug. 16, with recipients announced as soon as early September.

The city said it is still finalizing the criteria for organizations to qualify for these grants. Though city officials said the program is likely going to be for mid-sized neighborhood-based organizations, as smaller organizations are already eligible for grants through the Targeted Community Investment Grant program.

Research shows that violence-reduction strategies in other large cities, like Chicago and New York, were more successful when led by groups based in the neighborhoods most impacted by violence, The Philadelphia Inquirer reported.

Council President Darrell Clarke said the funds will go to "organizations that have waited way too long for serious resources to be made available to put them in a better position to deal with the serious work out in the neighborhood, on the ground, every day, too frequently without any support from government."

The official qualifications for the grant will be finalized on Friday when the application window officially opens, said Deana Gamble, spokesperson for the Mayor's office.

Clarke is appointing five city council members to a new Violence Prevention and Opportunity Monitoring Group to work with the selected groups and measure their outcomes. The city said it would use metrics like how at-risk the youth they serve are, rather than changes in violence rates in the neighborhoods to determine success.

This comes as the city is experiencing a surge in gun violence. As of Aug. 4, there have been 322 homicides in Philly, which is up 25% from 2020's year-to-date numbers. Last year there were nearly 500 homicides in the city.

Last month, Kenney said he would not declare gun violence an emergency in the city, prompting city councilors to push back against the decision.

"For the mayor to offer such a flippant, tone-deaf response to our call for action after so much time has gone by, and so many people have been injured or killed, is simply unconscionable," Councilmember Jamie Gauthier said at the time. "The mayor's letter did nothing to address the reality of what people in my district are grappling with on a daily basis."

This year marks a historic investment in anti-violence initiatives. The city earmarked $68 million in new spending on violence prevention in this year's budget.