The Old City theater announced their 2022 lineup in June, which includes at least four shows 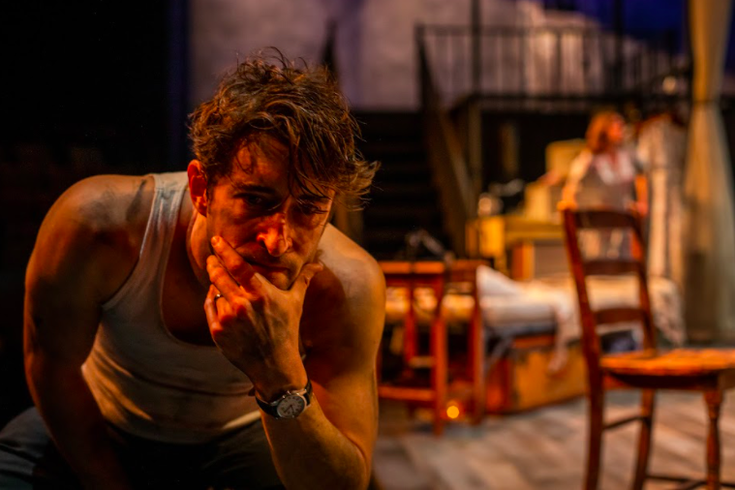 The Arden Theatre in Old City returns to live performances with their five-show 2022 season, opening with the delayed "A Streetcar Named Desire." Pictured above is actor Matteo Scammell as Stanley.

The Arden Theatre Company's long-awaited return to live, in-person performance is finally here. Its opening production of Tennessee Williams' famed play "A Streetcar Named Desire" will begin the 2022 season after being delayed due to the ongoing COVID-19 pandemic.

The show, which will begin with five preview performances beginning on Thursday, Jan. 13, has already sold out its opening night performance on Jan. 19. Originally slated to open in March 2020, officials at the Arden decided to cancel the show due to the initial surge of COVID-19 cases that month that sent the country into its first lockdown.

In a tweet posted by the theatre company on March 13, 2020, Managing Director Amy L. Murphy and Producing Artistic Director Terrence J. Nolen wrote that their upcoming shows would be canceled due to concerns of COVID-19 infection.

"We believe in the power of stories to bring people together, and it is incredibly exciting to to welcome audiences back to the Arden with Tennessee Williams' classic drama," said Nolen. "This production has been a very long time in the making, and I am thrilled for the Arden family to finally experience the hard work of our artists as they return to the stage."

The Arden's production of "A Streetcar Named Desire" features Katherine Powell in the lead role as Blanche DuBois, Matteo Scammell as Stanley, and Emilie Kraus as Stella.

Following the announcement of the shuttering of live productions, the Arden shifted to a digital-only model, including the streaming of several past productions. Currently, "A Year with Frog and Toad" and "The Snowy Day And Other Stories By Ezra Jack Keats" are available to stream with a donation to the Theatre.

This reopening season, which is comprised of five shows from January until July, including one children's production, was announced in June. Nolen told Broadway World about the Arden's excitement over bringing audiences back to the Old City theater.

"We are so grateful to the artists and audiences who have been part of our Spring Digital Season," Nolen said at the time. "Our plan is to start performances in January, but we are also looking at adding an additional production or special events, if conditions allow."

For those concerned about the COVID-19 pandemic, but who still want to see the shows in the 2022 lineup, two of the shows, including "A Streetcar Named Desire" and "Backing Track" will be made available to stream. Those who purchase in-person tickets will be able to switch to virtual viewing at any time.

The Arden also released their safety plan for reopening amid the COVID-19 pandemic, which includes a vaccine requirement. Those who cannot be vaccinated must bring a negative rapid antigen test performed within six hours of the performance, or a negative PCR test received within 72 hours of arrival to the theater. At-home test results are not permitted.

Regardless of vaccination status, masks are required at all times while inside the venue, and those who feel sick at all are encouraged to stay home. The Arden revamped their refund and exchange policies to ensure that those who want to see a show are able to.

As part of their reopening safety plan, the Arden renovated its HVAC system to improve filtration and air quality inside the theatre's main stage. They've also incorporated touchless ticketing, including additional staff to assist patrons in navigating the software.

Other shows included in the 2022 lineup include "Backing Track," which will make its world premiere on Feb. 17 and will run until March 27. "School Girls, or the African Mean Girls Play" will run from May 5-June 12, and a production of the late Stephen Sondheim's "Into The Woods" will run from June 2-July 3, 2022. Tickets for all four shows are available now.