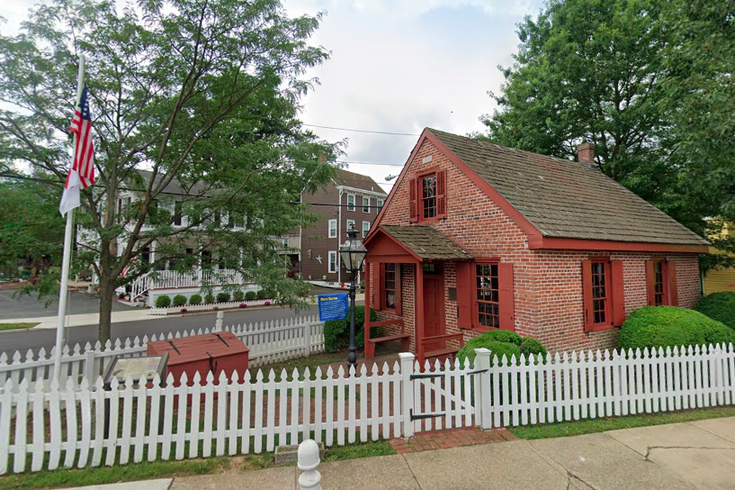 Bordentown celebrated Clara Barton's 200th birthday on Dec. 4. Above is the Clara Barton Schoolhouse, which was established in 1852 as the first free school in Bordentown.

The city of Bordentown came out on Saturday, Dec. 4 to celebrate Clara Barton, just weeks before what would be her 200th birthday. In a celebration organized by the Bordentown Historical Society, it's the first of its kind to occur on what the Bordentown City Commissioners office recently declared "Clara Barton Day".

Though Barton is known as a feminist pioneer for several major lifetime accomplishments during her lifetime, the most notable of which is her founding the American Red Cross as a nurse in 1881, which has served as a mainstay of service for those in need, particularly those experiencing disaster situations.

Barton also established the first free public schoolhouse in Bordentown, which is largely preserved as a historical landmark in the Burlington County town.

Bonnie Goldman, judge on a municipal court in Bordentown and co-president of the Bordentown Historical Society, arrived to the Saturday afternoon event dressed as Barton, according to 6ABC. She says that she was always interested in the history of Bordentown, and even more so as she learned about Clara Barton.

Goldman talked about the nonprofit's funding efforts, which are used to "preserve, restore, and... just share all of the rich history" of the town. Though they do not yet have a BHS online store, purchase of a $25 Clara Barton puzzle on their website benefits the organization and its efforts to preserve the Clara Barton Schoolhouse, located at 109 E. Burlington St.

Born on Christmas Day in 1821, Barton's life was filled with accomplishments, including becoming the first female employee of the federal government in 1854, when she was hired as a clerk in the U.S. Patent Office following her departure from the Bordentown schoolhouse.