The Scranton-based punk rock band will begin their North American tour in Rochester, NY on April 1 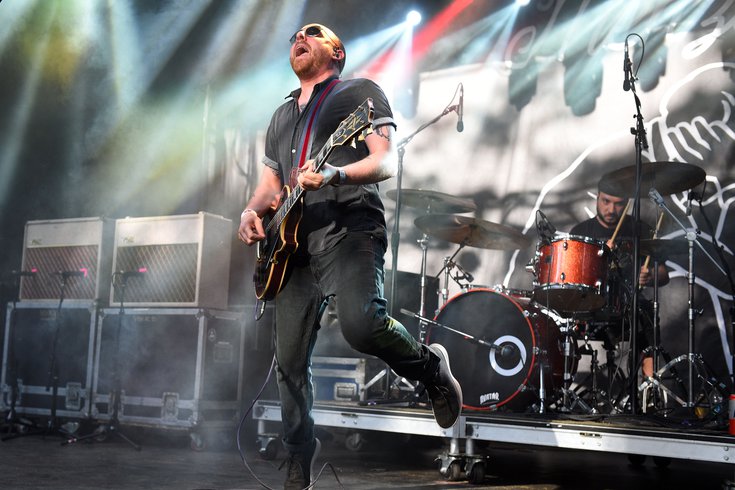 The Menzingers recently announced their spring 2022 tour, which concludes in Philly on May 14 at Franklin Music Hall. Pictured above is Tom May performing in Atlanta in 2018.

As residents move into the third year of the ongoing COVID-19 pandemic amid news of the new omicron variant, reopening and recovery plans are still underway. For the music industry, artists across the country are planning to head out on tour in the new year. Scranton-based punk bank The Menzingers announced a spring tour across North America, which will open in Rochester, NY on April 1.

The band, who recently wrapped up a tour across the Midwest and Mid-Atlantic regions of the country at the beginning of November, announced their large-scale North American Tour with Oso Oso and Sincere Engineer on Dec. 1. Ticket sales went live on Friday.

The band will play 31 shows in 29 cities, with back-to-back shows in Los Angeles and Brooklyn later in the spring. The tour will wrap up on May 14 in Philly at Franklin Music Hall.

They are scheduled to play their last concert of the year on Dec. 18 at Harrisburg Midtown Arts Center, with limited tickets still available.

Vocalist and guitarist Greg Barnett recently announced his debut solo album, "Don't Go Throwing Roses on My Grave" which will be released on Feb. 18. The title track was released on Nov. 9 with an accompanying music video.

The Menzingers formed in 2006 in Scranton, with members Greg Barnett, Tom May, Eric Keen, and Joe Godino. They have released seven studio albums, the most recent of which, "From Exile" is a fully-acoustic version of their 2019 album, "Exile". The album was composed during COVID-19 lockdown, with the members recording from separate locations.

"The live music industry vanished before our eyes, and just like that we were out of work like tens of millions of others," Barnett told Kerrang! ahead of the acoustic album's release. He noted that the band did not know what to do originally, eventually opting to record the tracks separately, share them, and "pray it all made sense when pieced back together."

The full tour preview is available below. Tickets are available on the band's official website.

Grab your tickets to our North American Tour 2022! https://t.co/tH1MK9E29h pic.twitter.com/UddfaMPNa0

As part of their 2021 tour, the band played several shows across Pennsylvania and New Jersey, including a sold out performance at Ardmore's Philly Music Fest in October. Most recently, they played a sold out show at Philly's Underground Arts on Nov. 27. They will play three sold out shows at Crossroads in Garwood, New Jersey from Dec. 9-11.