Fans can vote for the next induction class until Feb. 15 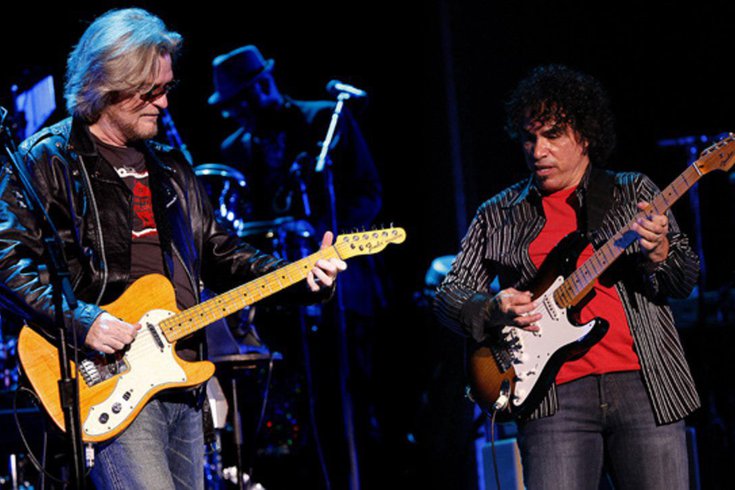 Rock duo Hall & Oates, pictured above, and singer Patti Labelle are among the musicians nominated for the National R&B Hall of Fame. Online voting is available until Feb. 15, 2022.

Between end-of-year lists and awards season snubs, music fans across the country are watching out for their favorites. Two artists from Philadelphia – rock duo Hall & Oates and singer Patti Labelle – are among the extensive list of nominees for next year's National R&B Hall of Fame class.

Founded by former Harlem Globetrotters basketball player LaMont "Showboat" Robinson in 2010, the National R&B Hall of Fame has inducted over 200 artists and R&B personalities since its first ceremony in 2013.

In April, Robinson began talks with officials in Inkster, Michigan, in the hope of giving the R&B Hall of Fame a permanent home. Inkster, located outside of Detroit, has a deep R&B history. Robinson also plans to open a satellite location in the South.

Hall & Oates formed in Philadelphia in 1970, and though many fans would be quick to correct an assumption of the duo as an R&B act – they were inducted into the Rock & Roll Hall of Fame in 2014 by Questlove – the duo has a pretty extensive history in the genre.

Hall & Oates crossed over into the R&B charts several times, beginning with "Sara Smile" in 1976. Notably, the group performed "I Can't Go For That" on the television program "Soul Train" in 1981 while the song was on the R&B charts, cementing their crossover power. The performance is available below.

Patti Labelle's career similarly has lasted decades, catapulting her into stardom. A two-time Grammy winner and 2003 inductee to the Grammy Hall of Fame, she remains a a cultural icon, particularly in the LGBTQ+ community. A staunch supporter of LGBTQ rights, Labelle centers queer people as the reason for her decades-long career success.

"I mean, when I think about it, the gay fans are some of the reason – one big reason – I'm still standing, 'cause they loved me when other people tried not to," Labelle told The Georgia Voice in 2020. "I know that love [from her LGBTQ+ fans] has lifted me up for many, many years."

Fans can vote for the next induction class on the R&B Hall of Fame's website until Feb. 15. Following the vote, 6-8 artists will be selected for induction.