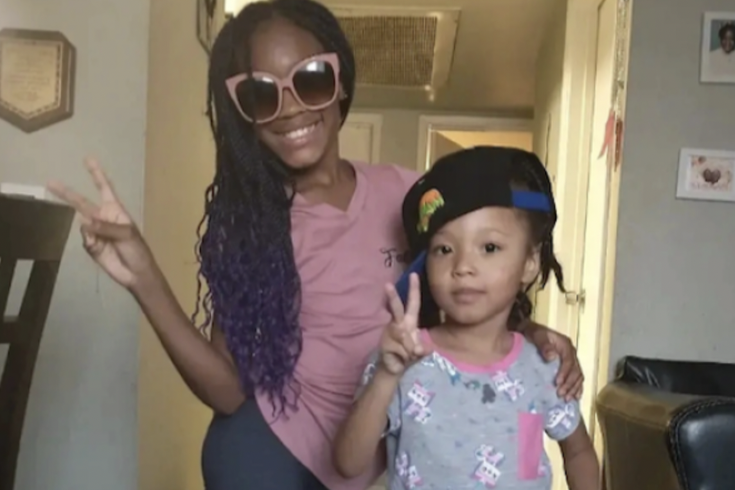 Aleyah McIntyre, 9, right, and Royal McIntyre, 4, left, were found dead inside their home in Phoenix, Arizona on Sept. 8, 2021. Their mother, 35-year-old Retta Cruse, originally from Pleasantville, New Jersey, has been accused of killing both girls.

A woman, formerly from Pleasantville, Atlantic County, is charged with murder in the deaths of her two daughters at their home in Arizona, where the girls appear to have succumbed to drug overdoses allegedly caused by their mother, according to authorities in Phoenix.

Retta Cruse, 35, was charged Wednesday a week after the bodies of 9-year-old Aleyah and 4-year-old Royal were discovered. Cruse had been hospitalized over the past week with what police believe are multiple self-inflicted stab wounds.

The girls were found dead by Royal's father, Michael Coleman, who had moved from New Jersey to Arizona with Cruse for what he described as "spiritual reasons," according to a statement he wrote accompanying a GoFundMe page to raise money for the girls' burial.

When police examined the scene, the step-sisters appeared to have been placed in a position embracing one another and had "visual signs" suggesting drug overdoses, according to FOX 5. A prescription pill allegedly was found near one of the girls' mouths and a bottle of Oxycodone was located in the room, detectives said.

Toxicology reports on the girls had not been released as of Thursday afternoon. Their bodies showed no other obvious signs of trauma.

In the days before Coleman found the girls, he told police he had not seen them around, and when he asked Cruse where they were, she told him they were sleeping.

When police arrived at the home, Cruse allegedly had barricaded herself inside a bedroom and left a note for authorities, who then found out she was critically injured. She was released from the hospital earlier this week.

Kevin Maddox, the biological father of Aleyah, told investigators that he had been involved in a long custody battle over his daughter and had recently won a court hearing to bring her back to New Jersey to live with him.

Maddox's brother, Terrence Ridgeway, told the Press of Atlantic City that Maddox had been unable to reach Cruse for a period of weeks before their deaths.

But in the days before Aleyah and Royal died, Cruse allegedly believed the girls both had COVID-19 and had resolved to isolate with them at their home in Phoenix, according to court documents.

Another GoFundMe page created on behalf of Maddox is seeking help to bring Aleyah back to New Jersey to be buried.

Cruse was in a wheelchair when she made her initial court appearance this week. A preliminary hearing in the case is scheduled for Sept. 23.