The New Jersey girl was abducted from a park in 2019, but her family and authorities haven't given up their search 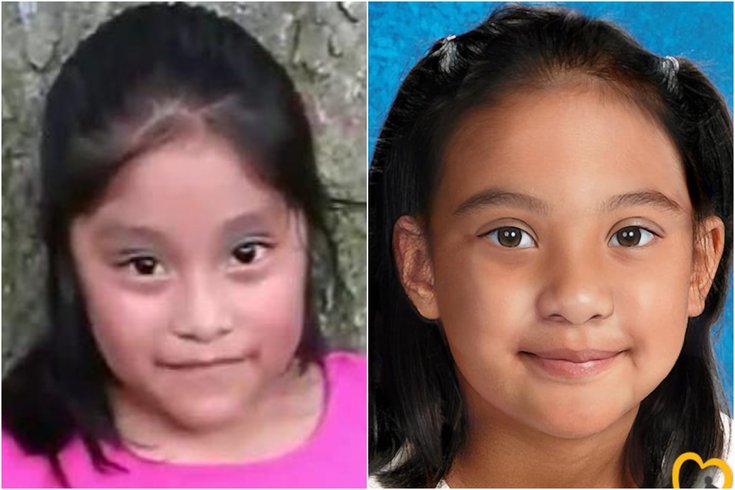 On the two-year anniversary of the disappearance of Dulce Maria Alavez, authorities have released two age progression photos that show what the girl might look like now at seven years old. Alavez was abducted from a Bridgeton City Park in Cumberland County, New Jersey on Sept. 16, 2019.

Dulce Maria Alavez was five years old when she vanished from Bridgeton City Park during a visit with her mother and younger brother. Two years later, investigators have yet to locate the girl despite an extensive search and national visibility brought to the South Jersey case.

To mark the anniversary of Dulce's suspected abduction, authorities in Bridgeton teamed up with the National Center for Missing and Exploited Children to create an age progression photo of Dulce, who would now be seven years old.

"We are releasing the second photo in an attempt to maximize our opportunity to obtain information from the public about possible sightings," prosecutors said Thursday. 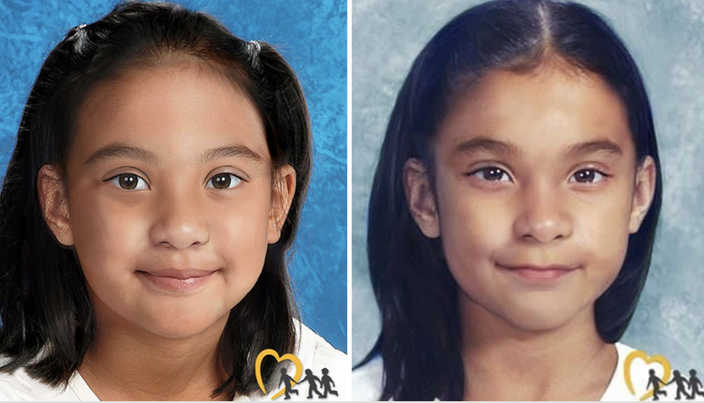 Dulce was last seen at Bridgeton City Park on Sept. 16, 2019. Her mother, Noema Alavez Perez, had taken her there after the family had stopped at a local convenience store to get ice cream. Surveillance video showed Dulce inside the store not long before they went to the park.

She was happy picking out an ice cream and playing with her family. Police say this was right before she went to the park and was snatched by a man in a red van. Amber Alert continues for 5 yr old Dulce Maria Alavez in the yellow shirt. @NBCPhiladelphia at 11pm. pic.twitter.com/RngMqecvHD

Alavez Perez told investigators she had let her daughter and 3-year-old son go to the playground while she remained in the car with another younger relative.

About 10 minutes later, the mother said her son came back to the car in tears because he could not find Dulce. He pointed in the direction of nearby buildings where she had wandered.

After Alavez Perez called family members to help search for the girl, police were notified and an extensive search was launched in Bridgeton.

Authorities released audio of the 911 call placed by Alavez Perez at the time of her daughter's disappearance, offering some additional clues about what happened. The mother had been told by others at the park that Dulce and her younger brother had been confronted in the playground while they ate their ice cream.

"They said somebody threw (my son's) ice cream on the floor and my daughter just ran away," Alavez Perez said in the 911 call, describing what others at the park told her when she went to look for Dulce.

Investigators believe an unknown man may have led Dulce into a red van with tinted windows around 4:20 p.m. The man has been described as a light skinned man between 5-foot-6 and 5-foot-8 with a thin build, no facial hair and acne on his face. Police said he was wearing orange sneakers, red pants and a black shirt.

A week after Dulce's disappearance, the FBI placed the girl on its "Most Wanted" list of kidnapped and missing children. New Jersey Gov. Phil Murphy urged anyone with information to step forward without fear of consequences due to their immigration statuses.

"Under the attorney general's immigrant trust directive, you are safe reaching out to the police without fear of any immigration consequences," Murphy said as the state issued an Amber Alert. "This is about finding Dulce safe and sound, period."

In October 2019, authorities released a sketch of a man described as a "person of interest" who was seen at the park with two children under the age of five, but he was primarily considered a potential witness as opposed to a suspect in the girl's kidnapping.

In the time since Dulce vanished, her mother has been vocal about her grief and the family's hope that the girl will be returned. She also has answered doubts and rumors about whether the family may have somehow been involved in the girl's kidnapping.

During an appearance on the Dr. Phil talk show in December 2019, Alavez Perez addressed police suspicion toward her family and said she had been given a polygraph test. She also said she believed it was possible that her daughter was targeted by an "old friend" who was "trying to get to" her. Police later said there was no substantial evidence implicating the individual named by Alavez Perez.


In an interview with 6ABC on the one-year anniversary, as family members gathered at Bridgeton City Park, Alavez Perez said she felt remorse for letting her children go to the playground by themselves while she remained in the car. There were no cameras in the area to capture what happened at the park.

"It gives me bad memories because I wish I could go back to the time and come with her to the park and not leave her alone," Alavez Perez said. "I would say I'm sorry for not looking over her."

Investigators have grappled at times with false leads in the case, including unfounded rumors that Dulce had been spotted in Ohio around March 2020.

"The department has received erroneous information from less-than-credible sources during the course of this investigation that has resulted in manpower being re-directed in their efforts," Bridgeton police said at the time. "This type of activity hinders investigators' efforts in locating Dulce and determining the circumstances surrounding her disappearance."

The investigation largely has been quiet over the last year. Edgar Perez, the girl's father, who lives in Mexico, posted a video on YouTube in April to mark Dulce's seventh birthday. The video shows footage of Perez with Dulce before she went missing and includes remarks from Perez about his sadness over her disappearance.

Perez had been deported from the United States in 2018. FBI investigators previously interviewed Perez and described him as cooperative in the case. He has not been considered a suspect in Dulce's disappearance.

Still, Bridgeton Police Chief Michael Gaimari said this week that no one has been ruled out in the ongoing investigation.

A reward for information leading to Dulce Maria Alavez stands at $75,000.

"We hold out hope that Dulce may still be alive (as we have no evidence of her demise) and want the public to know that this case will remain open until such time as we locate Dulce and determine those responsible for her disappearance," Bridgeton police said Wednesday on Facebook.

Anyone with information about Dulce's disappearance is urged to call the Bridgeton Police Department at (856) 451-0033. Calls also can be placed to the FBI's toll-free tipline at 1-800-CALL-FBI (1-800-225-5324), where callers should select option 4, then select option 8, or submit an anonymous tip to the agency online.

"We encourage our community partners to assist law enforcement by providing any information that they feel may be helpful," Bridgeton police said. "Information can be provided anonymously to the Cumberland County Prosecutor's Office by visiting www.ccpo.tips or via the Bridgeton Police Department at www.bpd.tips as well."