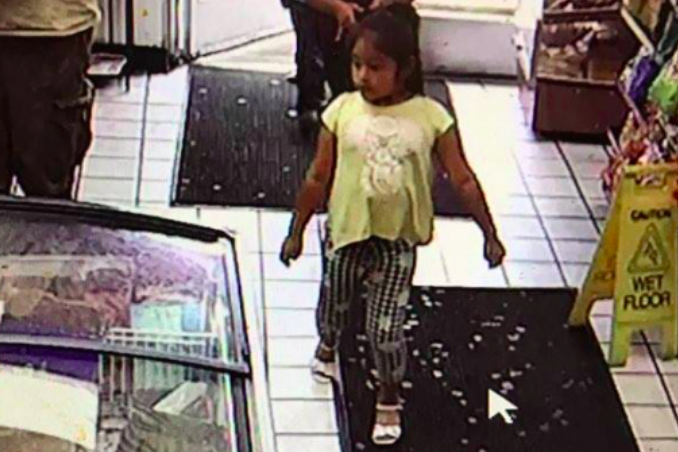 Dulce Maria Alavez, missing from Cumberland County since Sept. 2019, was falsely reported found in Ohio, according to Bridgeton police. Alavez was kidnapped from a park and hasn't been seen since. A reward for helping investigators locate her has been set at $75,000.

Five-year-old Dulce Maria Alavez, the girl who mysteriously disappeared from a Cumberland County park last September, was falsely rumored to have been found this weekend in Ohio, according to authorities.

In a statement on Facebook, the Bridgeton Police Department said misinformation had been circulated that the girl was "recovered" in the area of Austintown, in northeastern Ohio.

"Law enforcement in Austintown, Ohio conducted a search of an area based on an unsubstantiated tip they received with negative results in regard to any discovery or any information pertaining to this investigation," police said.

Alavez vanished from Bridgeton City Park on Sept. 16 while she played with her 3-year-old brother. Her mother and another relative were sitting in a parked car nearby at the time.

Investigators say an unknown Hispanic man may have led Alavez into a red van with tinted windows. Months of investigation have failed to produce credible information leading to the girl's whereabouts, prompting frustration from both authorities and the girl's family.

"The department has received erroneous information from less-than-credible sources during the course of this investigation that has resulted in manpower being re-directed in their efforts," police said continued in their statement. "This type of activity hinders investigators' efforts in locating Dulce and determining the circumstances surrounding her disappearance."

Late last year, the girl's mother appeared on "Dr. Phil" to bring attention to the case and dispel suspicion that she may have been withholding information about her daughter's kidnapping.

The FBI has placed Alavez on its Most Wanted missing persons list in September and is offering a $75,000 reward for information leading to her discovery. An investigation remains ongoing with the Bridgeton Police Department and the Cumberland County Prosecutor's Office.