Two other people were hospitalized with injuries; the fight may have involved fans who attended Wednesday night's Concacaf Champions League match in Chester 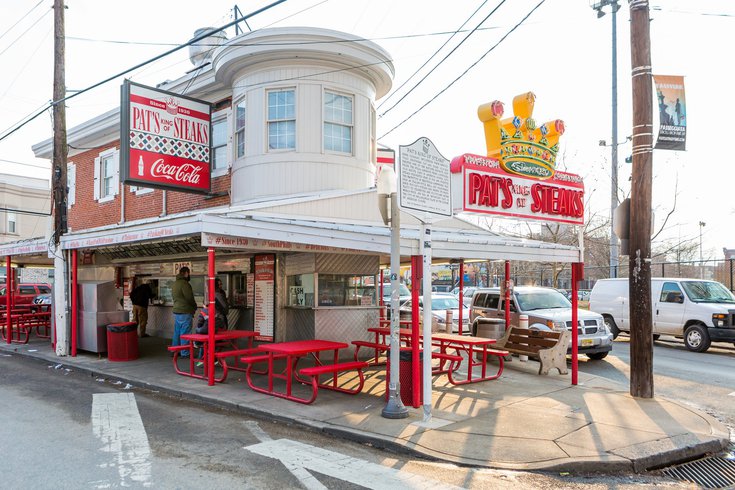 One man was killed in a fight outside of Pat's King of Steaks in South Philly early Thursday morning, and two others were injured. Police have said at least some of the people involved at attended a soccer match in the region prior to arriving at the steak shop. On Wednesday night, the Philadelphia Union played Club América at their stadium in Chester.

One man died in altercation with a group of people outside Pat's King of Steaks in South Philly early Thursday morning; two other people were hospitalized with injuries from the incident.

The brawl involved as many as 15 people and occurred around 2 a.m. Thursday near the cheesesteak shop at Ninth Street and Passyunk Avenue. It started as an argument between two groups and quickly escalated, police said.

A group of about 10 people, most of them wearing yellow Club América soccer jerseys, jumped on a man when he fell to the ground during a verbal argument and began punching and kicking him, police said. Someone also struck the victim in the head with a metal trash can lid, according to investigators.

The man was pronounced dead at the scene and was identified later Thursday as 28-year-old Isidro Cortez from Queens, New York.

Cortez was in South Philly with four others, including his 64-year-old father, who also was assaulted during the melee, police said. He and another 28-year-old man were taken to Jefferson University Hospital and both were listed in stable condition.

The 10 people wearing yellow jerseys left the scene in a white SUV headed north on Passyunk Avenue, police said. Investigators believe surveillance cameras in the area likely recorded the fight, the suspects and the vehicle.

Police believe that the brawl involved a group of soccer fans who had attended a match Wednesday night before going to Pat's. Police did not say which game the they believe members of the group attended, but the Philadelphia Union played Mexico's Club América at Subaru Park in Chester on Wednesday night in the second leg of the semi-final match of the Concacaf Champions League tournament.

No arrests have been made. Anyone with additional information for the investigation is asked to contact Philadelphia police.

Thursday morning's deadly brawl comes two months after 22-year-old David Padro of Camden was shot and killed after and altercation with another customer while waiting in line at Pat's. Two people have been charged in connection with Padro's death: the alleged gunman, Paul Burkert, 36, of Berks County, and Jamie Frick, 36 of Lebanon County, who allegedly helped Burkert flee the scene.