ATF: Fire at Point Breeze development was act of arson

$10,000 reward offered for information leading to arrest and conviction 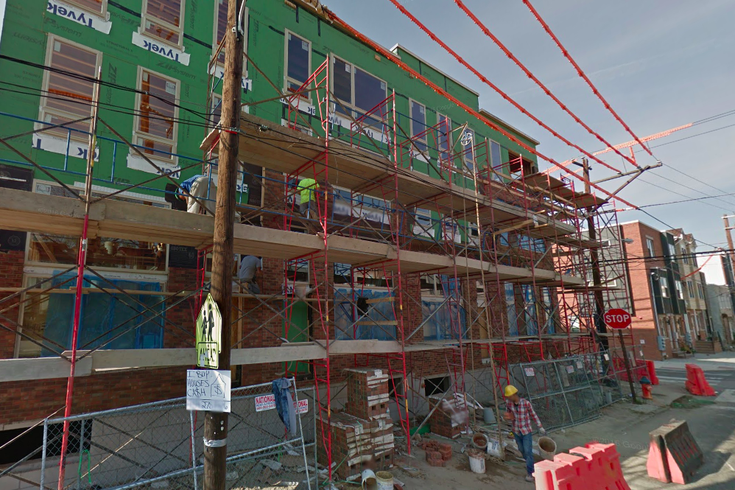 A day after a suspicious fire engulfed the site of a Point Breeze townhome development project, authorities with the Bureau of Alcohol, Tobacco, Firearms and Explosives have confirmed that the cause of the blaze was arson.

An examination of the ravaged residential properties, all in various stages of construction, led investigators to the conclusion that the fire was incendiary.

No injuries were reported as a result of the blaze and investigators are seeking assistance from the public to solve the crime. A $10,000 reward has been offered for information leading to an arrest and conviction.

“Acts of arson are dangerous crimes and threaten the community," said ATF Special Agent in Charge Sam Rabadi.ATF is committed to keeping the public safe from those who maliciously set fires. We are asking the public to provide any information that would lead investigators to those responsible for this arson.”

"We have already begun our efforts to clean up our job site and will not be intimidated by the misguided and dangerous efforts of a few individuals," Feibush wrote. "Yesterday was a tough day, and in response we will work even harder to show our commitment to development. By the end of this week, we will not only begin rebuilding the homes lost in the fire, but we will begin construction on the second row of homes for this project; we're not going anywhere."

The incident in Point Breeze came less than 24 hours before a group of anti-gentrification vandals damaged luxury vehicles and newly developed properties in the Northern Liberties section of the city on Monday night. Two people were arrested in connection to these incidents but officials drew no immediate link to the fire in Point Breeze, which has also seen rapid market-rate redevelopment and gentrification in recent years.

Feibush has requested that anyone with a security camera in the blocks around 2010 Wharton Street come forward to assist in the investigation.

The ATF, the Philadelphia Fire Marshal’s Office and the Philadelphia Police Department are jointly handling the ongoing investigation Anyone with information regarding this arson should call the ATF 24/7 hotline at 1-888-ATF-FIRE.