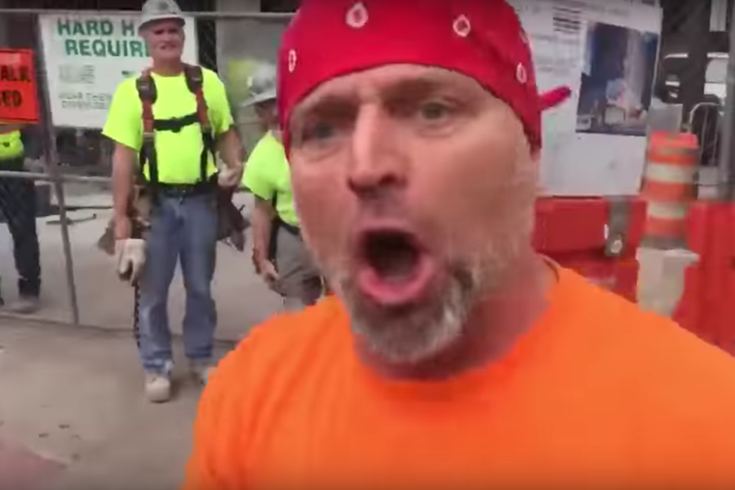 This screenshot from a video of Monday's May Day rallies in Philadelphia shows a construction worker who confronted Antifa protesters and hurled homosexual slurs at the demonstrators.

Anti-fascist protesters were met with the rage of a construction worker Monday afternoon during a May Day demonstration in Center City, prompting Philadelphia police to intervene and placate the angry man.

Video of the incident, which took place during a protest along Market Street, was taken by Joshua Scott Albert and posted on Twitter. It was shared on YouTube by a user who appeared to be opposed to Antifa, the activist group whose efforts target white supremacists and neo-Nazis.

Antifa has been particularly active in the wake of the election of President Donald Trump. The Philadelphia group last month organized a counterprotest against a Make America Great Rally in Center City, trading insults with supporters of the president during a tense Saturday afternoon.

The identity of the man in the video was not immediately known and there were no immediate reports of arrests at Monday's demonstration in Philadelphia.