Four charged with forcing Philadelphia girl, 14, to have sex with men for money

A fifth suspect is wanted by police 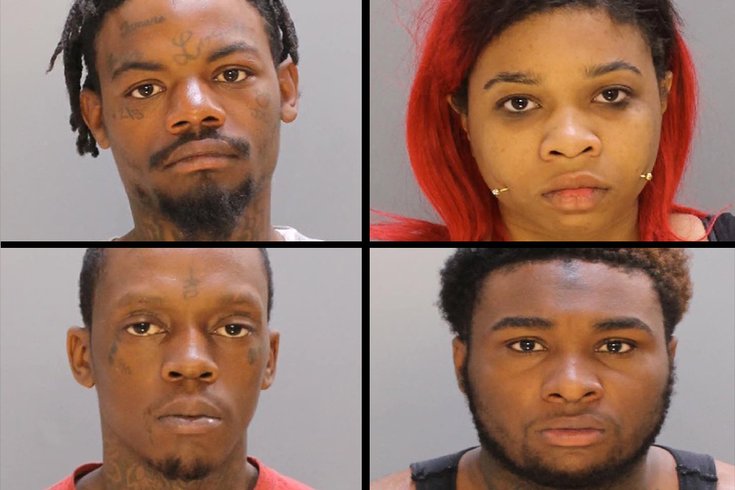 Four Philadelphia residents are charged with human trafficking offenses for allegedly forcing a 14-year-old girl to have sexual intercourse for money.

Police also are looking for Angelo Romero, 24, of the 1600 block of North Worrell Street in Juniata Park, who has not yet been arrested.

The girl was held captive at Field's residence on North 20th Street for two days, police said. She later escaped and walked to Temple University Hospital, where she informed investigators that she had been sexually assaulted multiple times by several men.

She was transported to St. Christopher's Hospital for Children for further care.

The girl had run away from her home on April 23 and contacted Copper, whom she considered a friend, police said. Copper informed her that he had some work for her and brought her to his residence on North Eighth Street, where he allegedly sexually assaulted her, police said.

Copper allegedly then took the victim to Field's residence and instructed Gale to post an online advertisement offering sex with the girl for money. Police said the suspects allegedly forced the girl to have sexual intercourse with multiple men over two days.

The four arrested suspects each were charged with criminal conspiracy, trafficking an individual, involuntary servitude, unlawful restraint, false imprisonment and corruption of a minor, according to police.

Copper also was charged with sexual assault and Gale, of the 1200 block of South 32nd Street, with making terroristic threats, police said.