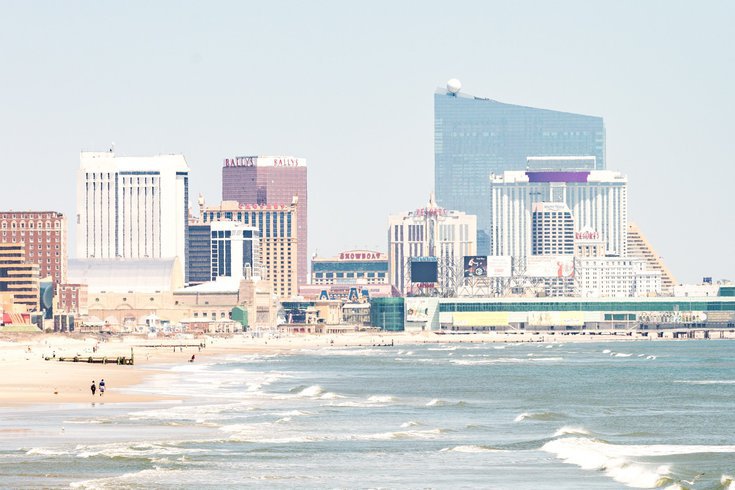 Atlantic CIty activists originally wanted to paint a 'Black Lives Matter' mural on the boardwalk, but a compromised solution resulted in it being on Martin Luther King Jr. Boulevard in September 2020. The city will now have fix the mural after the lettering of the message created road hazards.

Atlantic City officials voted Wednesday night to overhaul a yellow "Black Lives Matter" road mural that has been causing confusion for motorists since it was painted last September along a stretch of Martin Luther King Jr. Boulevard.

The city reportedly will pay $36,000 to repaint the mural in a way that is less distracting and makes the roadway is more intuitive for drivers, who have had trouble discerning the median line, according to the Associated Press.

Atlantic City says it will redo a Black Lives Matter tribute on a street because the original painting of the words across the entire road confused motorists who didn’t know where to drive on it. https://t.co/VWk0v87hQg #odd

Atlantic City Mayor Marty Small said the street will still have the words "Black Lives Matter," but acknowledged the initial design for the project was an oversight. The words obscured both dividing lines of the four-lane roadway and the white stripes separating the lanes traveling in each direction.

On Thursday, police closed off the block between Atlantic and Pacific avenues, according to the Press of Atlantic City.

Ahead of City Council's 5-3 vote to repaint the mural, Police Chief James Sarkos told officials the mural was in violation of state Department of Transportation regulations and had led to previous road closures to prevent accidents.

Activists originally had wanted to paint the words "Black Lives Matter" on the Atlantic City boardwalk, but struck a compromise to complete the mural on the downtown boulevard named after the civil rights leader.

Among the City Council members who spoke about the mural on Wednesday night, 2nd Ward Councilwoman Latoya Dunston said the city had wasted taxpayer dollars because it didn't know the traffic laws when the original mural was painted.

Atlantic City is among numerous municipalities around the country where "Black Lives Matters" was painted on roadways in the wake of the police killing of George Floyd in Minneapolis.

City officials hope to complete the repainted mural and have the street back open by summer.