The Seed: A Living Beer Project weathered the pandemic before opening its new taproom 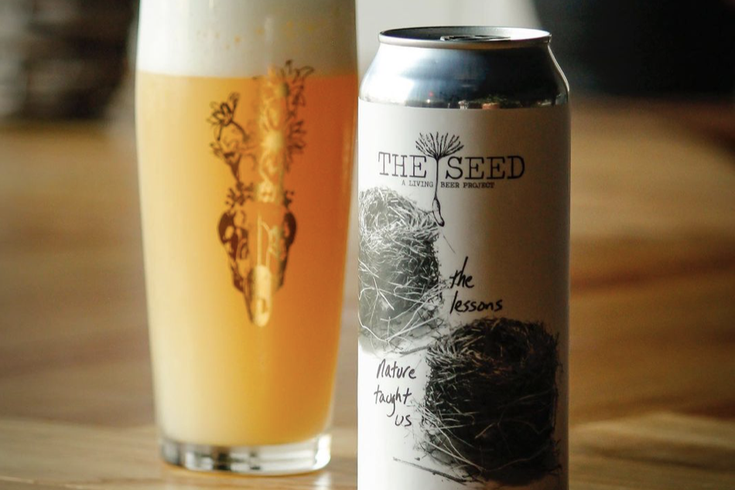 The Seed: A Living Beer Project opened a taproom at 204 N. Delaware Ave. in Atlantic City, New Jersey. The craft brewer was named the best new brewery in the United States by USA Today's 10Best.

The craft brewing boom in the United States hit a major roadblock during the coronavirus pandemic, which saw dozens of breweries across the country shutter as restaurant and retail sales dried up. Smaller craft and microbreweries were the hardest hit as they were forced to rely on self-distribution amid extended taproom closures.

But the nation's thirst for new beer remains alive and well as the country continues to emerge from pandemic restrictions. The best new brewery in the United States is a small outfit that's just beginning to get its full operations up and running, according to the editor's of USA Today's 10Best.

Founded by Sean Towers and Amanda Cardinali, The Seed: A Living Beer Project was supposed to debut its taproom at some point last year, but the pandemic delayed its opening until May. In the meantime, the small brewery began to make a name for itself with a seasonal and local outlook on what it means to be a craft brewer.

"The Seed: A Living Beer Project is exactly that; a living, dynamic, ever changing exploration into the convergence of indigenous ingredients, local agriculture, and fermentation," the brewery's website says. "While we try to honor both art and science in our beer, the most important governing force, from our standpoint, is nature's variability. From the subtlest of differences in wheat harvests, and the sugar content changes in post-frost feral grapes, to the unending range of flavor and aroma compounds that various living microbes can produce. The set of naturally occurring variables is infinite. This limitless opportunity for experimentation is what fuels our obsessive passion and inspiration for telling a story through natures ingredients."

The brewery has 10 draft beers available at its taproom located at 204 N. Delaware Ave​. That includes two collaborations with Philadelphia's Human Robot and Bethlehem's Bonn Place Brewing Company. Others on the draft list include "these are for you," a blond Brett beer, and "edge of night," a coconut and coffee stout. The brewery recently released another beer called, "the lessons nature taught us."

The brewery's website also includes an online shop where orders can be placed for pickup.

Towers and Cardinali joined the Steal This Beer podcast last December to talking about the challenges of starting their business during the pandemic and what they see in their future.

Here's the full list of 10Best's top new breweries in the United States in 2021.