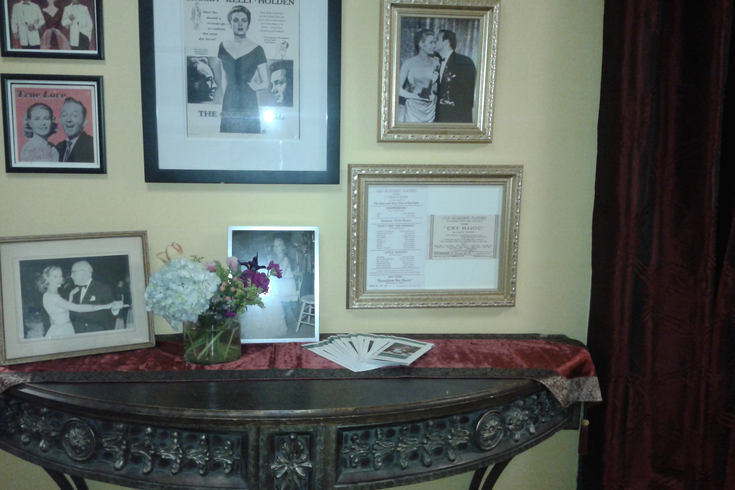 To celebrate the 90th anniversary of the birth of Grace Patricia Kelly of Philadelphia, what she meant to Philadelphia and eventually to the world, Chestnut Hill College is holding a special exhibit of memorabilia from her personal collection throughout the month of December.

The collection, on loan form the East Falls Historical Society and part of the Grace Kelly Gallery, is on display until December 31 in the rotunda of St. Jospeh Hall. Chestnut Hill College’s glorious rotunda with its grand piano and the adjoining parlors make it a perfect location to view Grace’s Christmas cards from the Palace showing her family over the years. You’ll have the opportunity to view personal invitations to family members for events at the palace, as well as a signed and numbered portrait of Grace dressed in the Order of St. Charles, an honorary title bestowed on her by Prince Rainier as a present for their first Christmas as husband and wife. Attendees will also be able to view framed posters of her eleven movies and dolls dressed as characters in her movies. Of particular interest will be the original programs of Grace’s appearances at East Fall’s Old Academy Players.