Audio of wounded Delco officer: 'I'm shot in the face!' 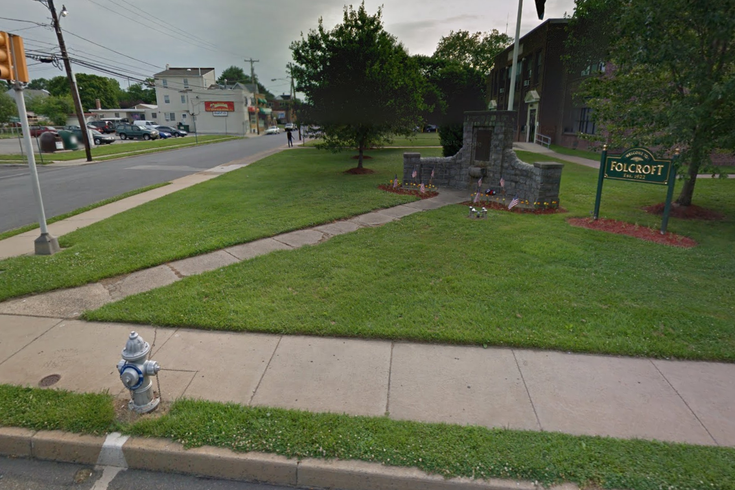 This screen capture shows the area near Primos and Elmwood avenues in Folcroft, Delaware County. A Folcroft police officer was shot near by on Friday, June 24, 2016.

A Delaware County police officer is expected to recover after being shot seven times, and newly released audio of police radio captures a tense aftermath of the attack.

Folcroft Borough officer Christopher Dorman, 25, was shot four times in the vest, once in the face, once in the leg and once in the groin during a drug bust near Primos and Elmwood streets Friday morning.

The gunman, identified as Dante Brooks Island, has been charged with two counts of attempted murder, two counts of aggravated assault and related charges, 6ABC reported.

Island, 33, was recently released from jail for drug and gun offenses and is awaiting arraignment, according to the news station.

The Folcroft Borough Police Department said on Twitter Friday that Dorman is expected to make a full recovery. The department also thanked the community, as well as Gov. Tom Wolf, for their support.

On behalf of the officers of the dept. we would like to thank @GovernorTomWolf for calling our department today and expressing his sorrow!!

We would also like to thank our community, our residents, our businesses and everyone that came out and supported us today!

We would like to thank all law enforcement officer's and agencies that assisted us today. Officer Dorman is expected to make a full recovery

According to NBC10, Dorman was up walking around and talking Friday night.