The one where the magic doesn’t happen 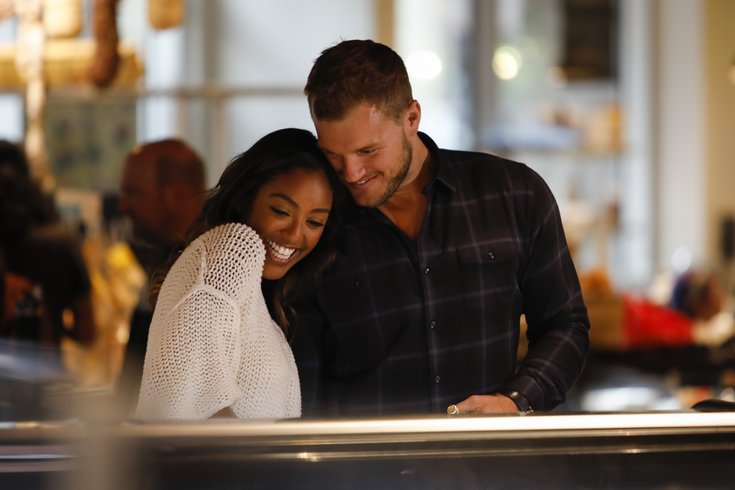 Tayshia and Colton share a tender moment during "The Bachelor."

Colton and the remaining seven contestants depart Vietnam for Colton’s hometown of Denver as the pettiness reaches an all-time high.

In this week’s installment of Colton Cam, we learn how frustrated Colton is with… well everything. From the rumors of girls not being there for the right reason to his own self-loathing; Colton is bound to crack. Maybe that’s why he jumps the fence? Or maybe we will never find out.

In Denver, Bachelor fan-favorite Ben Higgins sits down with the current bachelor to impart his wisdom as the wily veteran. As you may recall, Ben is infamous for telling two girls he loved them when he was the bachelor, and then sending one of them home (hi JoJo). The two talked about… well absolutely nothing. Maybe they couldn’t get over the fact that they were wearing the same shirt, or maybe it’s because they are two pretty boring individuals. But this forced bro-mance didn’t move the needle as Colton sifts through his personal journey of self-doubt.

The first one-on-one date of the episode goes to Tayshia (who had some drama-filled news released about her today), and it’s drama-city right off the bat. Colton wastes no time in asking if the rumors Katie informed Colton about prior to her departure are true. Despite going ice cream tasting on the date, Tayshia didn’t sugar coat her answer stating, “I feel like Cassie and Caelynn aren’t genuine.” Um, can you say mic drop? Just throwing two contestants under the bus like that by name?! What a ruthless move from the only remaining member of the Colton cougar club.

For the nighttime portion of the date, we are introduced to a new segment called Cooking with Colton. After putting on his finest Bobby Flay impersonation, the virgin bachelor shows Tayshia his bedroom claiming it’s “the place where the magic doesn’t happen.” In a scene straight out of “Varsity Blues,” Tayshia puts on Colton’s college football jersey and a steamy make out session follows. Oh yeah, and Tayshia received a rose, despite sending smoke signals to Colton that her dad is going on next week’s hometown date.

The next one-on-one date featured Caelynn learning how to snowboard in the Rocky Mountains followed by an epic confrontation. Colton told Caelynn the rumors that she isn’t ready to be engaged and wants to be the next bachelorette. Caelynn puts on a great show and vehemently denies the accusations, and then goes scorched earth on Tayshia in her private interview. In a classic “The Bachelor” move, Caelynn saves herself by telling Colton she is falling in love with him. Because of course.

For the nighttime portion of the date, Caelynn and Colton dined in what appeared to be someone’s garage. They then experienced a private concert by country music singer Brett Young in the iconic Red Rocks Amphitheater. The two danced like moms and dads at a Jerry Blavat event at Memories in Margate. Colton magically put all his doubts aside and awarded Caelynn the date rose. At this point, there are only two roses left in the episode, but four women.

Next up is Hannah B’s one-on-one date, where she wore a crop top to meet Colton’s parents. Bold strategy Cotton. Hannah B. assures Colton’s mom she is falling in love with her son, but the protective momma bear isn’t buying it. In a real special father-son moment, Colton informs his dad he isn’t sure if he feels the same about Hannah B. This would lead to a super awkward dinner date in an airplane hanger.

Hannah B., while she looked stunning, wore a dress from the 1980’s version of “Footloose.” Hannah doubles down and professes her love to Colton, to which he did not reciprocate claiming he couldn’t meet her parents on the next episode feeling the way he did. Hannah B. put on her best “The Bachelorette” audition claiming she deserves better than this, prior to crying in the limo on her ride home. Although Hannah B. was eliminated, we saw in previews she returns in a future episode to confront Colton. That should go well. 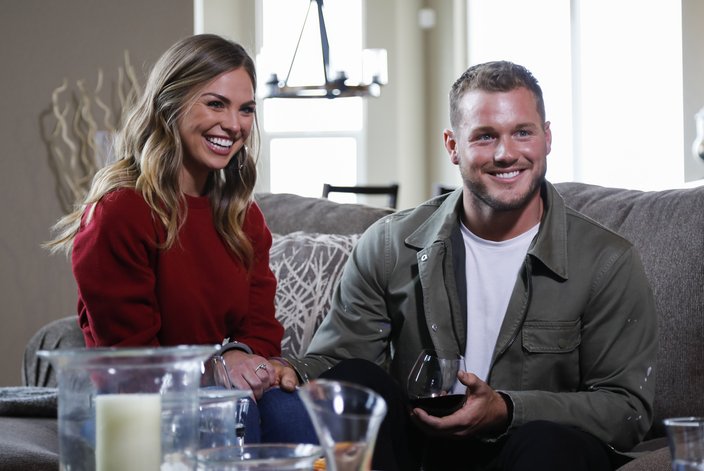 Hannah B. lost out in her bid for Colton's heart on “The Bachelor.”

The only group date of the episode included some of the best drama of the season. First, Heather (never been kissed girl) breaks up with Colton (role reversal!) because she wasn’t feeling it with him. But don’t worry; she gets one last kiss before being sent on a locomotive back home. Two roses, three ladies left.

All hell breaks loose in the Rocky Mountains as Kirpa finally confronts Cassie about also not being there for the right reasons. Cassie wasn’t having it and gave it right back to Kirpa claiming that was fake news, and she shouldn’t waste her time proclaiming her opinions of the other contestants like that. In Cassie’s private interview, we are delightfully treated to another all-time quote when referring to Kirpa, “in my opinion, you’re an idiot.”

For the nighttime dinner portion of this group date, the three ladies all sit in what appears to be someone’s living room dinner table for what was supposed to be a lovely meal with the guy they are all dating. Colton appears and immediately asks Hannah G. to talk outside. That left enemies Kirpa and Cassie sitting at the table, alone. In a true work of producing beauty, we hear the giggles of Hannah G. and Colton outside, while seeing Kirpa and Cassie awkwardly sit in silence together. Like a true wizard, Colton walks back inside to the dinner table and grabs one of the roses, that was right in front of Kirpa and Cassie, and gives Hannah G. the rose. Two ladies, one rose.

Before Colton returns to dish out the final rose, Caelynn appears! In a real Cady Heron of “Mean Girls” act, Caelynn wanted to inform Colton not to believe the rumors that Cassie isn’t there for the right reasons, and that in fact she is there for Colton. As a reminder, all of these ladies are dating, and competing for, the same guy with the goal of being the person he proposes to at the end.

In such dramatic fashion with the “Pirates of the Caribbean” music pumping in the background, Colton returns to the dinner table to give out the final rose to either Kirpa or Cassie. After what seemed to be an eternity of a pause, Colton gives Cassie the rose, sending Kirpa packing.

Despite this being the most drama-packed episode of the season, Bachelor Nation is still awaiting why Colton jumps the fence. And then there were four.

* During the conversation between Hannah G. and Colton’s mom, it appeared that every answer from Hannah was that she was falling in love with her son. Now, any human being knows there would certainly be more to a conversation than one person repeating the same thing over and over again. This act of editing meant they took Hannah’s answers from other questions and dubbed it in the make it seem like that was her answer to every one of Colton’s mom’s answers.