The one with all the bullies 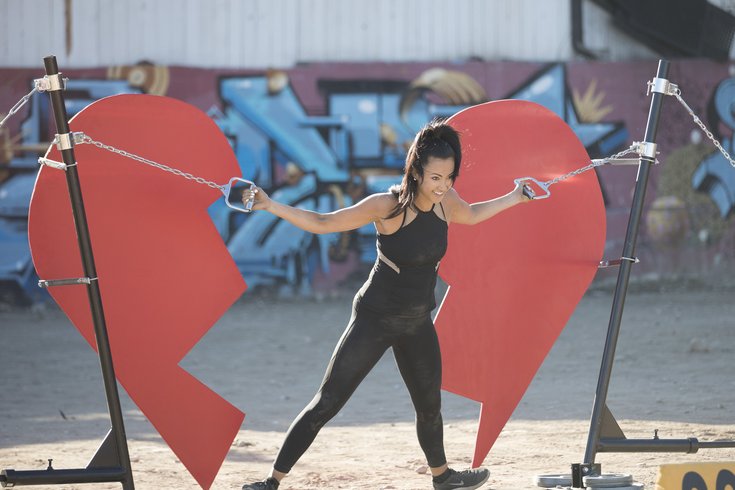 Sydney shows how to mend a broken heart on "The Bachelor."

From Thailand to Vietnam, we are thrown a curve ball as this week’s episode begins with a rose ceremony.

Picking right back up with the newly, and unwarranted, feud between Nicole and Onyeka, Colton wanders the beach in the middle of the night as he ponders who to send home at the rose ceremony. Then, in only a true act of God, Chris Harrison magically appears on the beach to console The Bachelor. Colton ultimately decides to end all the bullying and sends home both Nicole and Onyeka. Vegas odds have Onyeka as an early favorite to appear on “Bachelor in Paradise.”

Goooooood Morning Vietnam (sorry, had to do it). Colton continued his budding vlogging career as this week’s Colton Cam featured a shirtless Colton discussing his readiness for an engagement, and lets fans know that hometown dates are right around the corner (in case we didn’t hear this about a thousand times this episode).

Hannah G. received the first one-on-one date of the night, and boy was it a doozy. The two experienced a couple’s massage, but there was a lot more than massaging on this date. From the massage bed, to a mud-filled hot tub, this steamy date was something you’d find late night on HBO. At one point, Hannah G. was wrapped in massive bamboo leaves, to which Colton proclaimed she looked like a sushi role, and that he would, “definitely eat that sushi role.” To no surprise, Rapunzel let down her hair and received the rose for the first one-on-one date of the episode.

As for the group date this week, Colton and his bachelorettes trained to be stunt doubles as they experienced a Vovinam class, which is a form of Vietnamese martial arts. Because, you know, a bunch of emotional females all dating the same guy taking a martial arts class, and then fighting each other, makes the most sense.

Heather and Sydney were the first to battle, as Heather sounded like a wild hyena. Next up was the much-anticipated McGregor vs. Mayweather-esq battle between Demi and Katie. The normally cool, calm and collected Demi started to crack and Katie took advantage of this vulnerable state, landing more right hooks on Demi than Mike Tyson.

For the nighttime part of the date, the drama really started to build. Both Katie and Sydney approached Colton as they claim he’s not “giving them enough.” Sydney not pleased with her first conversation with Colton, goes back for round two, which didn’t end well. Sydney apparently didn’t know what show she signed up for, as she demanded Colton give her more (more of what we ask?). This time Sydney decides enough is enough and self-eliminates herself, making Beyonce proud saying boy, bye. Tayshia received this group date rose.

Kirpa, aka Miss Chin Band-Aid, received this episode’s second one-on-one date. This also appeared to be Kirpa’s first screen time of the season, and we now know why.

In true “The Bachelor” fashion, Kirpa performed the Koala move on Colton, that’s when one runs into the Bachelor’s arms, jumps and wraps their legs around him like a Koala bear (for more on this, listen to our Jacqueline Trumbull podcast episode where we explore this topic in great depth). The two go urchin hunting (because why not) and show they have zero connection. However, in a true Hail Mary situation, Kirpa opened up to Colton about previously being engaged. Why was this a big deal? Because her ex-fiancé was apparently saving himself for marriage, so that resonated well with Colton (because you know, the whole virgin thing). After making out in the rain, Kirpa somehow survived another week and received the date rose.

When Colton returned from his date with Kirpa, he was greeted at his room by Demi, who snuck out to tell Colton she was falling in love with him, and boy did this backfire.

After Demi poured out her heart to Colton, he said he wasn’t feeling it and that they couldn’t “get there.” Again, where exactly are all these people going? This was also after Colton and Demi called Demi’s mom as she was fresh out of prison. Colton sent Demi packing, but not before she had some girl time with her new BFF Hannah B. Does Demi get sent home this episode if she doesn’t sneak out to talk to Colton? More on this in the “Inside Look” section below. Fear not Bachelor Nation, because I’m sure Demi is already in Mexico for “Bachelor in Paradise.” 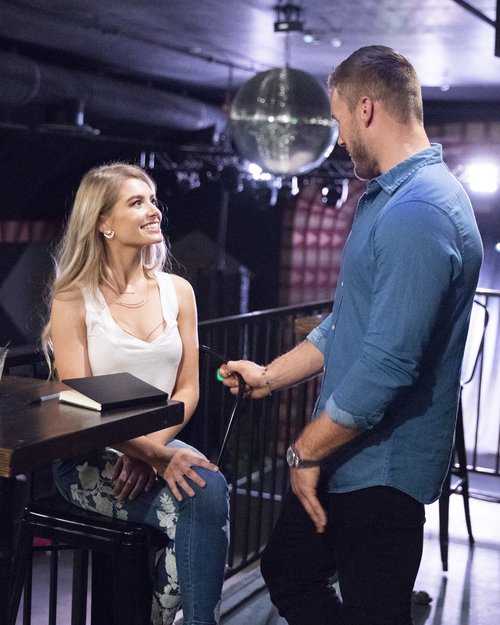 Demi decided that Colton wasn't the Bachelor for her.

With Hannah G., Tayshia and Kirpa all receiving roses on their respective dates, the rose ceremony order went: Hannah B., Caelynn, Cassie and Heather. That meant Katie was sent home. Colton offered to walk Katie to her car and offered her his jacket as it was raining, but Katie wanted absolutely nothing to do with that. For this, we offer Katie one Nancy Pelosi clap. Her final parting words to Colton were to be smart about some of the remaining girls as many aren’t there for the right reason. This put Colton in quite the tizzy as we head into next week.

But the true question all of Bachelor Nation is asking, when are we getting the much anticipated Colton fence jumping the show has been touting? There will be riots if it’s not next week. Until then Bachelor Nation, and then there were seven.

* As we have learned by interviewing numerous Bachelor Nation contestants on our podcast, the “sneak away and talk to the Bachelor” act doesn’t happen without intense producer handling. And this could very well be the case for Demi’s demise. No one gets to Colton without a producer granting access to him or a producer convincing contestants that they better do something drastic or else they would be sent home. Demi very well could have saved herself and received a rose this week (given she is such a character on the show) if she didn’t give into the producers and go talk to Colton. We plan on having Demi on our podcast in the coming weeks, so stay tuned, as we will get to the bottom of this.