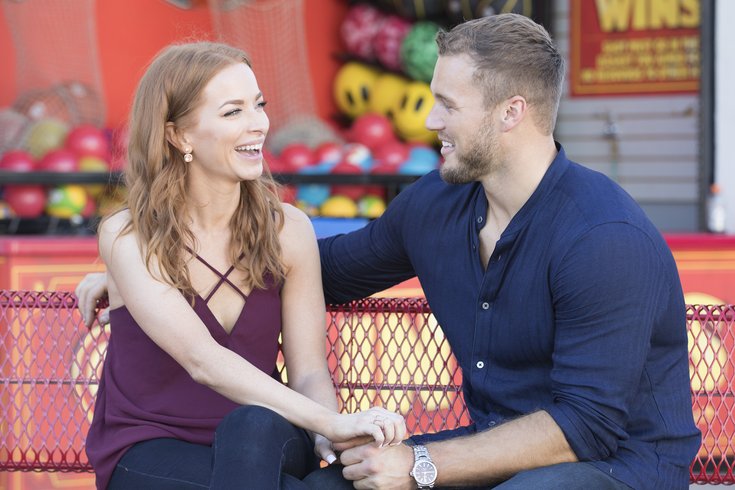 Colton and Elyse before Elyse pulls the plug on the whole thing.

As many contestants started falling for Colton last week in Singapore (wink Tayshia wink) the remaining 13 bachelorettes headed to Thailand and brought their cat claws with them.

Drew Barrymore, I mean Heather, brings “Never Been Kissed” to real life as she gets the first one-on-one date of the episode, and boy was it awk city.

From her talking about never being kissed while she brushed her teeth (great work producers) to channeling her inner Captain Phillips while cruising around Thailand in a Somali pirate’s boat, Heather finally showed America why she has never been kissed. In one of the more obvious staged questions of the season, Colton asked Heather about her dating history to which we found out she dated a guy for eight months, but they never kissed.

Let that sink in.

Dating someone for eight months and not ever sharing one, single kiss is almost like going one-hour without looking at your phone… it’s not possible! Heck, Tom Brady kisses his own son on the lips, but you’re telling me Heather has never kissed someone? Sorry, not buying it.

Low and behold after Colton dishes out the first rose of the night to Heather, they take a long walk on the beach and dance to no music while also talking about how pretty the boat lights are…. riveting TV. Then out of absolute nowhere, fireworks start going off and Heather finally gets her first kiss. After 23 years of consistent friend zoning, with one kiss Heather is now apparently ready to give Neil Lane her ring size.

Someone who is not ready for that Neil Lane ring is Elyse, who out of left-field self imploded. She went to Colton’s room to essentially breakup with him because she, all of the sudden, came to the realization that getting engaged to a stranger on a TV show after a few weeks, while he simultaneously dates 30 other women, is as crazy as thinking Adam Levine wouldn’t take his shirt off during his Super Bowl halftime show. 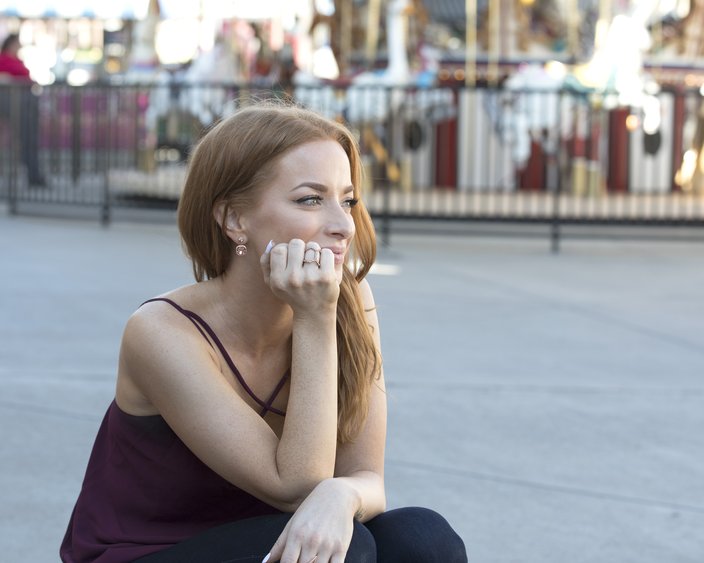 Elyse suddenly realizes she wants out of “The Bachelor”

While many in Bachelor Nation refer to host Chris Harrison as “God,” Elyse informs Colton the point of the TV show and confirms that she can’t in fact ask Chris Harrison for every one-on-one date. Who would have thought? Fear not though because Colton updated his daily vlog about this breakup, stating he is actually Ron Burgundy and is in a glass case of emotions.

It’s Tarzan time as this week’s group date is literally in the jungles of Thailand. We are introduced to Jungle Joe, the tour guide, and almost every girl was swooning more over him than Colton. Is #JungleJoe the new “Bachelor in Paradise” bartender?

Hannah B. pulls a Jacqueline from Arie’s season (who you may remember was milliseconds from drinking her own pee last year to prove to Arie how serious she was about him) by eating an actual worm. In her words, “Hannah Beast is the most ferocious animal in the jungle.” The girls then split up into three teams to find survival items, and they all looked like Sandra Bullock trying to get to safety in “Bird Box.” This episode of “Dating Naked” took a hilarious turn when the team of Hannah’s (Hannah B. and Hannah G. and Demi) left the jungle and brought back Colton cheeseburgers and champagne. Charles Darwin would have been proud.

At the nighttime cocktail party, a new feud broke out between Nicole and Onyeka. In an iconic game of she-said, she-said, (and please follow along here) Onyeka told Colton that Elyse told her that Nicole is not there for the right reasons and just wants to get out of Miami. Still with me? Good, because there’s more.

Tayshia jumps into the mix claiming she was part of that conversation with Elyse, and that Nicole didn’t say that. With the line of the night, Onyeka tried to explain that she’s not “spreading rumors” but rather she is, “just telling you what other people told me.” More on this in a little bit.

The Somali pirate’s boat trend continued with the night’s second one-on-one date with Cassie. As the two headed to their private island to hang with Ja Rule at the Fyre Festival, they spent all day and night making out all over Thailand. I’m talking on the boat, in the ocean, on the island, in a bed… everywhere. Cassie received a rose and safely made it back from Pablo Escobar’s private island.

For the first time this season, the episode did not end with a rose ceremony. But, at the cocktail party that night, we got the encore between Onyeka and Nicole. After both ladies pleaded their case to Colton, they tried to amicably talk it out, which didn’t go well. Colton proved he’s no Jerry Springer as he attempted to play moderator, but quickly fled the scene out of frustration.

We will have to wait until next week to see who is voted off Thailand, but receiving roses tonight on their respective dates were Heather, Hannah B. and Cassie, with Elyse self-eliminating herself. We will also have to wait to see if this is why Colton hops the fence, and as Twitter asked, what was the Band-Aid on Kirpa’s chin all about? We demand answers!

In the words of Chris Harrison, “To Be Continued.”

• During Elyse and Colton’s breakup, there appeared to be large amount of the editing technique “Frankenbiting” occurring, which is where they take separate conversations and put them together to sound like one thought. On the show, Elyse’s last words to Colton were, “I really want you to be happy,” but we don’t see her say this, the visual is just them hugging, and it was also said with a different diction than the rest of the conversation.