He achieved the American dream by doing what he did best: Fighting his way to the top 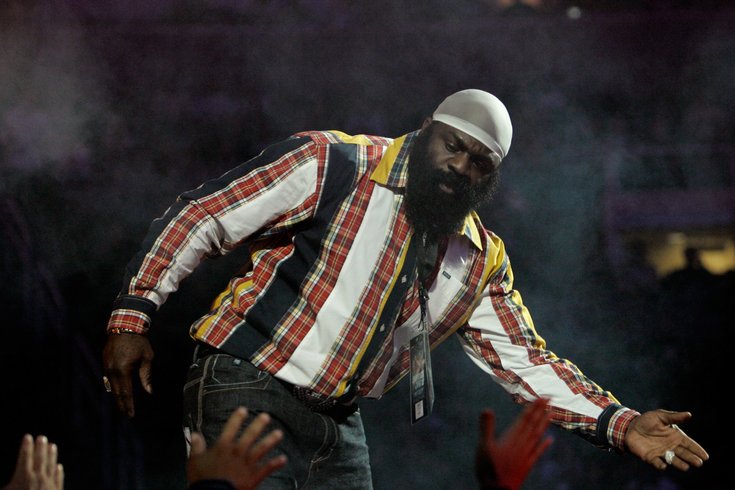 It was not with the noblest intentions that I became a Kimbo Slice fan. In fact, it was quite the opposite.

Specifically, the raw, brutal images of seeing a badass man whooping up on his backyard- and/or street-fightin’ foes tapped into the same visceral animalistic recesses of the mind that made cult-classic “Faces of Death” so wrong but so embarrassingly right.

No, there is nothing redeeming about watching men making mush of other men’s faces with their bare fists (outside of the ring, specifically). But it is just like how gaper delays cause unnecessary traffic because people just need to sneak a peek at roadway gore.

If you can bear to watch him in action, here are a couple NSFW clips:

Brutal and uncomfortable to watch, yes, it sure is. But there was something about Kimbo that transcended it all.

He was rendered homeless thanks to Hurricane Andrew, living in a Nissan Pathfinder for a spell, but found professional footing through such things as strip-club security and pornography.

He parlayed backyard-brawling prowess (and viral-internet fame) into a 5-2 mixed-martial arts career. And, to folks in a Miami area from whence he came, he became a symbol of fighting his way from the streets to fame.

On Tuesday, Kimbo died at the age of 42. Details remain scarce, but for chatter about his heart giving out.

Yes, it’s folly to put him in the same lofty air that Ali defined, but they shared one simple legacy: Through a penchant for effective violence, each made his mark on the world. The timing of their death is the reason to put them in the same sentence, much to the chagrin of those who maintain they never should.

As reprehensible as unsanctioned – but victimless – violence may be, Kimbo Slice’s life story is one of pursuing, and achieving, a personal American Dream.

That legacy of tapping into Americans’ basest instincts is what he will leave behind. While I’m not all about watching street-fight videos anymore (after a years-long addiction), I'll long remember Kimbo as a man who did what he does best to turn struggle into success before dying too young.

So RIP, Kevin Ferguson. Strike that: Rest in whatever fashion you want, Kimbo, for a peaceful life never defined you.