There's a Saturday casting call for 'The Bad Girls Club,' a reality-show staple of attitude, violence and self-discovery 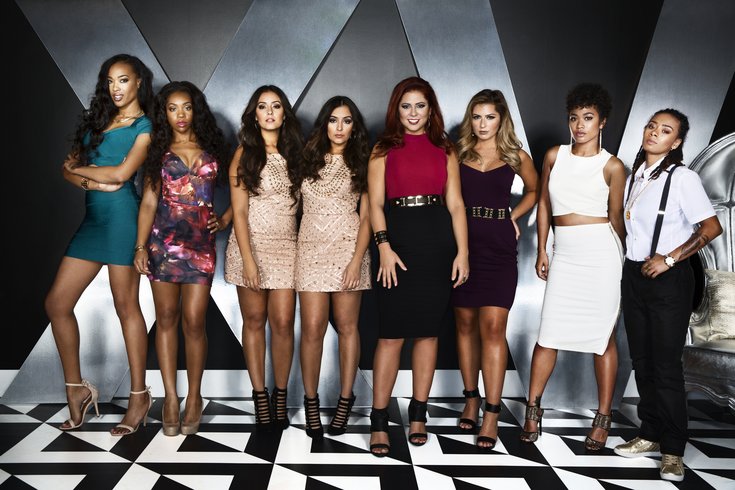 The Oxygen network series 'Bad Girls Club' will seek new personalities for its upcoming season during a casting call in Center City on Saturday, June 18, 2016.

This weekend, ladies from the Delaware Valley will be given an opportunity to make reality television history. Yes, that's right: You could potentially join the Mount Rushmore of Philadelphia bad girls.

At a seven-hour casting call in Center City on Saturday, casting directors from the program “Bad Girls Club” will seek a local personality to add to an esteemed list that already includes Philadelphians Aimee Landi (season 1), Catya "Cat" Washington (season 5) and Amber Zadora (season 14). This is rarefied air.

Those lucky enough to be selected will appear on a show that’s a whirling dervish of attitude, physical confrontation and personal growth/development as seen in this NSFW-ish video below:

That video really puts the “Bad Girl Creed” into perspective:

A Bad Girl blazes her own trail and removes obstacles from her path. A Bad Girl fights and forces her way to the top with style and beauty.

A Bad Girl believes in jumping first and looking later.

People will love you. People will hate you. Others will secretly wish to be you.

A Bad Girl is you.

Does that sound like you? Oh yeah? Cool, cool.

You should head on over to Fox & Hound Sports Tavern (1501 Spruce St.) between 10 a.m. and 5 p.m. (with a recent photo and a driver’s license saying you’re over 21) to prove you’re worthy of representing not only Philadelphia, but the entire Eastern Seaboard.

You see, the next season of the program will have an East Coast vs. West Coast vibe. So sayeth Themi Chahales, casting director with Bunim/Murray Productions.

In a Thursday afternoon interview with PhillyVoice, Chahales broke down the nuances of what it takes to be a Bad Girl and whether a Philadelphia Bad Girl stands apart from peers hailing from other regions.

“A ‘Bad Girl’ is somebody who’s unapologetic for who they are, charismatic, honest. They speak their mind, don’t back down, are independent with that sense of confidence that makes them bad, and proud, of who they are,” she explained. “People who are outgoing, charismatic and honest always make for great TV. If you come to the casting call, make sure you have lots of energy and are open and honest about every detail of who you are. Being closed off and unwilling to share [will not help you land a role on ‘Bad Girls Club’].”

Chahale notes that there will be a “side entrance for any girls who show up” at Fox & Hound — probably to stave off any bad-girl/regular-customer confrontations.

While it's not yet known where the East Coast vs. West Coast season will be shot, it’s scheduled to be filmed from September through November, air-date still pending.

“A Philly ‘Bad Girl’ would be great, this season in particular” thanks to the theme, she said, explaining why this casting stop is quite important. “Being an East Coaster myself, I’m very aware of the Philly attitude, the brash honesty. So come to the casting call. Bring friends and be open and honest about what you represent.”

Well, good luck, aspiring bad girls. Philadelphia is already pulling for, and proud of, you.