Bad For You - Caramel M&M’s 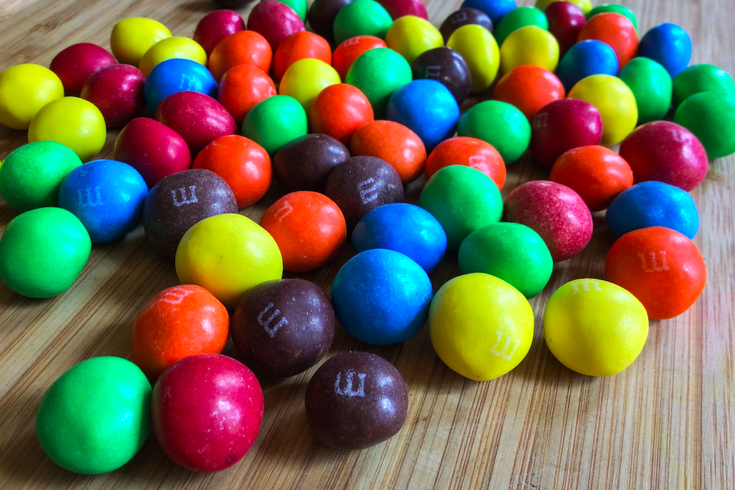 The texture of the shell also cuts down on the stickiness of the filling. Think sort of a crunchier Rolo.

Here at Bad For You, I often discuss the possible inductees into an imaginary Snack Hall of Fame, a memorial for the best treats of all time. Now, after finalizing the necessary paperwork, I’m very happy to report that it is no longer imaginary. Construction on an actual, physical Snack Hall will begin on the east side of my basement, right next to the cat boxes. It will be open to the public. However, due to operating costs, tickets will be $100 each for adults and $130 for seniors.

While I cannot give any more details about the Hall (until I tell my roommates about it), what I can say is that M&M’s should be a lock for a first ballot, Hall of Fame snack. Quite frankly, if it wasn’t, the entire Snack Hall of Fame would be nothing but a joke and a stupid waste of time.

You would be hard-pressed to come up with a more iconic candy than M&M’s. They have been melting in our mouths and not in our hands for generations. They are the prototypical shareable treat with 400 million candies made each day. 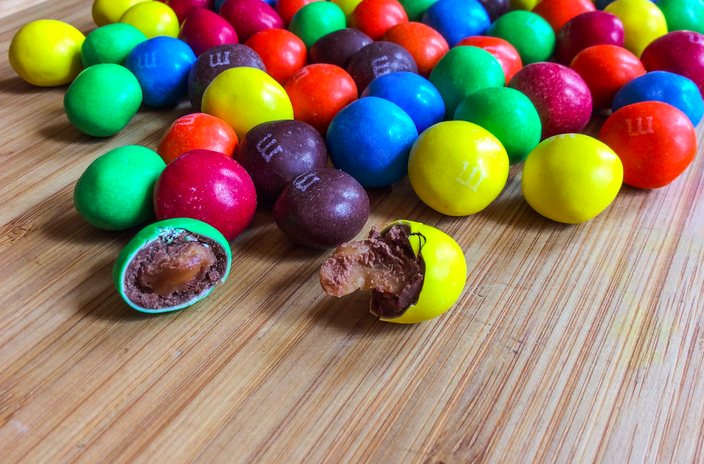 They have racecars and a giant store in Times Square. There’s also been cookies, ice cream, snack mixes, candy bars and various sizes from Mega to Minis, not to mention all of the merchandising and licensing of their candy characters. My sources even tell me that the company’s spokescandy Yellow M&M personally nets $9 million every year.

Basically, they’re doing all right for themselves.

Still, the company made headlines last year when they announced the release of a new caramel version. But why add another flavor into the mix?

To tap into that sweet caramel money, a “$2.2 billion flavor segment and the fastest growing segment in food right now,” according to Mars’ vice president of R&D Hank Izzo.

Would the foray into this gooey new world result in a delicious hit or a sticky flop?

While it’s too early to tell how business will do, creatively, M&M’s has done an excellent job. It’s puzzling why the company decided to wait this long to debut such a flavor. This could have already been a favorite, had it been released previously, although there is a chance that the caramel-stuffing technology was not up to snuff at the time, forcing Mars to put the idea on the shelf until science caught up with their vision. Or they just plain messed up.

Inside the famous chocolate shell is a thick mound of caramel, not as viscous as a Milky Way or Caramello but not as hard as a standard candy block of caramel. The crunchiness of the shell is accentuated by the new ingredient, giving it a new flavor with which to collaborate. The texture of the shell also cuts down on the stickiness of the filling. Think sort of a crunchier Rolo.

The only problem I can foresee with the new flavor is that with a whole mess of M&M’s varieties, this late addition might get lost in the shuffle, despite its high quality. Though, if not, it should become a new favorite for caramel lovers.

Verdict: A long-awaited debut that, all in all, delivers on its promises. One of the best new candies of the year.