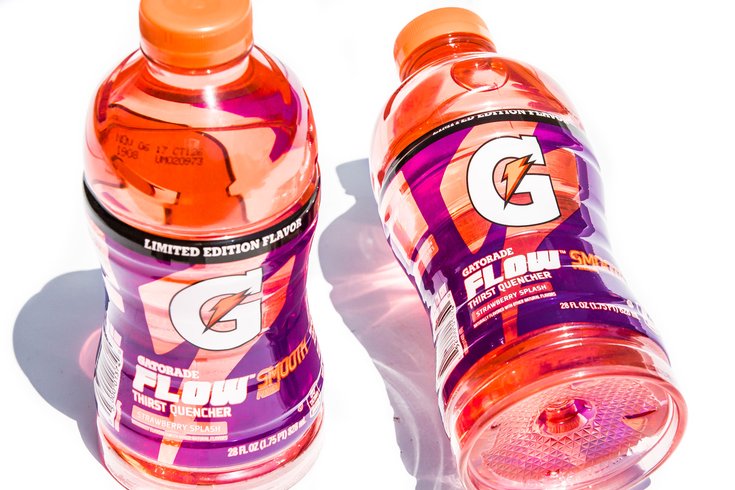 Sports drinks are a huge business worldwide with the industry pulling in billions of dollars each year. Gatorade is a big slice of that pie, making up an estimated 71.2% of the market share in 2015. As a testament to its juggernaut status, that same year, the royalties paid to the product’s original creators at the University of Florida crossed the $1 billion mark.

Over its 52-year history, Gatorade has expanded into different territories like energy bars, shakes, protein powder, even gum. Most of the money, though, still comes from the famous drink. There are many varieties and flavors including Lime Cucumber and Mango Xtremo. There are multiple lines like Gatorade Frost, which are “lighter” flavors and Gatorade Fierce, which are “bolder,” with scary names like Fierce Melon. Last year even saw the release of the first organic Gatorade drink. 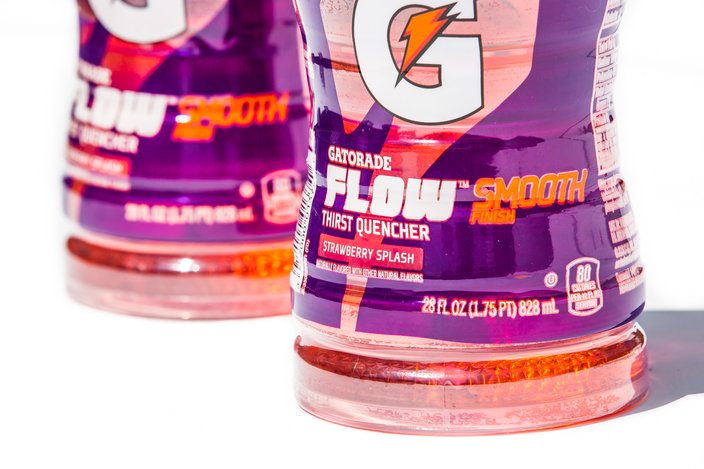 Apparently, that was not enough, as this year, the company has released a brand new product line called Gatorade Flow. The new Flow series all have Smooth Finish as a subtitle on the bottles, really making it seem like this drink is designed to make you poop. Although, as far as I can tell, that is not the case. In what seems like a combination of the “lightness” of Frost and the “boldness” of Fierce, Gatorade Flow is comprised of stronger flavors that supposedly go down smoother.

There are three regularly sold flavors of Gatorade Flow: Blackberry Wave, Kiwi Strawberry and Citrus Crash. But 7/11 has a limited edition flavor that’s exclusive to their stores—Strawberry Splash.

Since Gatorade is primarily targeted towards athletes who need to replenish their lost electrolytes from sweating, I felt it wasn’t fair to review the new Strawberry Splash Gatorade Flow Smooth Finish—really rolls right off the tongue—without playing sports beforehand.

And after several incredibly frustrating hours of NBA Jam sessions—this game cheats!—I was now sweaty enough for the drink to give me that boost that I needed. Maybe if I drink the whole bottle, I thought, I could finally beat the Utah Jazz. (John Stockton and Karl Malone? That shouldn’t even be allowed!)

Upon first crack of the cap, the smell immediately reminds me of Strawberry Jell-O, which was a definite plus. Perhaps not too surprisingly, it tasted like it too! More specifically, it tasted like when the Jell-O isn’t all the way hardened, but you can’t wait to eat it, so you go into the fridge to grab just a spoonful and it’s only kind of liquid, but you can suck it through your teeth and really that’s the best way to eat it anyway. Yeah, like that.

How did they do it? It probably has something to do with the 52g of sugar in one 28oz. bottle. Granted, that’s less than soda but not by that much. If you’re an athlete drinking this as you burn calories, it may not be as big of a deal to you. However, if you just drink Gatorade “recreationally,” this might be something to look out for.

Luckily, I played all that basketball.

Verdict: A tasty, smooth drink whose sweetness may wear out its welcome after a full bottle. Great for fans of Strawberry Jell-O. No, I didn’t beat the Jazz.

Editor's Note: Please look for "Bad For You" now every other week.