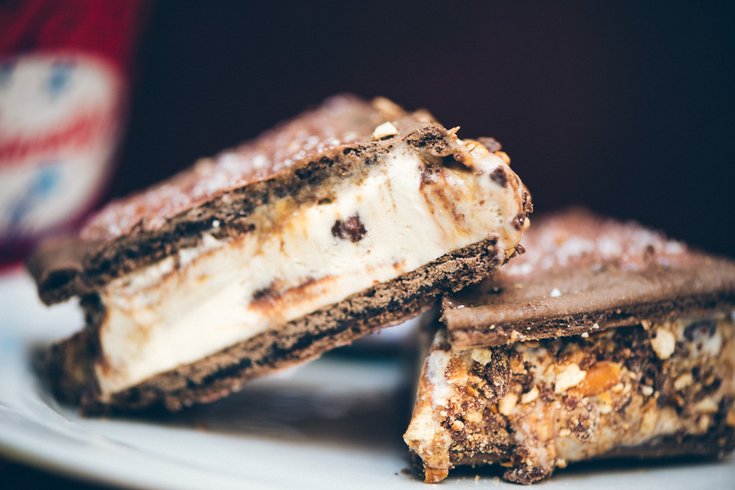 Has Friendly's flown too close to the sun this time?

As fellow junk-food historians in our readership will recall, the mid-2000s were a very important, yet contentious, period in candy. It was a time of radical, sugary ideas that opened the floodgates for wilder ingredients and never-before-seen experimentation — the beginning of what I refer to as the “Stoner Age.” Food companies once again were recognizing the potential for bizarre headline-grabbing candy and fast-food combinations, the logical next step from the stuffed crust and chocolate-covered extremeness of the ’90s. What followed was an arms race of unhealthy proportions, one that would eventually lead to KFC’s Double Down and Taco Bell’s frightening 2006 discovery of a “Fourthmeal.”

Many, if not most, of these products were terrible, especially in the ever-expanding candy aisle. But like a shining beacon of hope, one bar stood out: Hershey’s Take 5. Upon first hearing of the product in 2004, I envisioned another in a long line of cluttered confections — caramel, peanuts, peanut butter, chocolate and pretzels all rolled into one? *They’ll never pull that off! But, like many sweets-loving skeptics, I ate my first Take 5 with a side of crow. In one of the great candy-bar breakthroughs of all time, the medium had been taken to the edge with a unique and masterful new achievement. Hershey’s had done it again.

Like many sweets-loving skeptics, I ate my first Take 5 with a side of crow.

It was only natural that others tried to outdo this modern masterpiece with more ingredients, more mixes and more garbled junk. None have come close to the delicious decadence of the Take 5, though that hasn’t stopped everyone from trying.

That’s why the announcement of Friendly’s Candy Bar Ice Cream Sandwich was so intriguing. Not only had the ice cream giant created a new Candy Bar flavor — with the taste of nougat ice cream mixed with chocolate-covered peanuts, chocolate chunks, plus both fudge and caramel swirls — it was literally sandwiching it between Frosted Fudge Pop-Tarts *and then sprinkling Take 5 pieces on top of everything. Was Friendly's so bold, so vain, to believe it could double the amount of flavors successfully without repercussions? Was I simply being closed-minded about another breakthrough in food technology? I set off to Friendly’s in the city’s Roxborough section to find out. 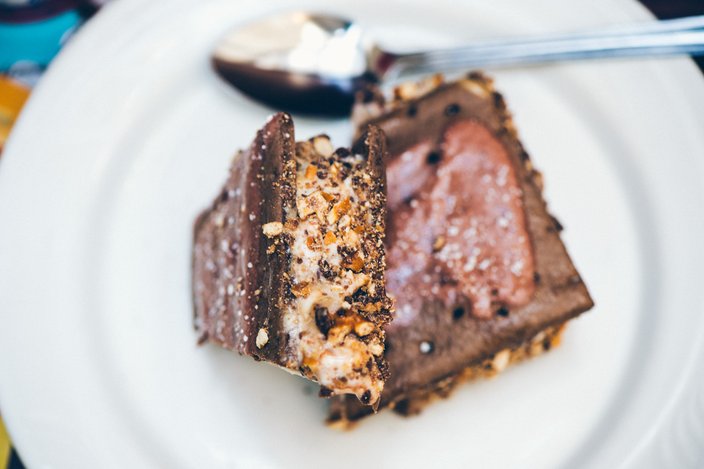 There are seven different chocolates alone.

Immediately after walking into Friendly’s, I noted how little it’d changed since my youth. I had never been to this particular location before and hadn’t been to a Friendly’s in years, but I’m assuming that they all still look like this one, which is to say, the ’90s. They even kept the same carpet, now having been tread on by generations of families.

Simply put, this was a mess — a stark portrait of junk-food hubris run amok.

The trick to the Take 5, of course, is the pretzel, which creates a solid staging area for the delicate balance of the other four tastes.

Here, the base is nougat ice cream with its own array of flavors, along with Frosted Fudge Pop-Tarts, which, combined with its tiny white sprinkles, nets another four more. Now the ingredients are in the double-digits and are all competing with, not complementing, one another. There are seven different chocolates alone.

I don’t doubt that this group of ingredients can be pulled off, but this way-too-rich treat quickly tasted like a bunch of random sugars thrown together. The only bright spot was the occasional bite of pretzel, which gave the combination a subtle, yet tantalizing, burst of salt that cut through the other muck. It’s a credit to the Take 5 that even among this slew of sweets, its distinct tone remains buoyant while everything gets swept up in the mudslide.

The Verdict: Their ice cream scientists were so preoccupied with whether or not they could that they didn't stop to think if they should. Eat a regular Take 5 instead.