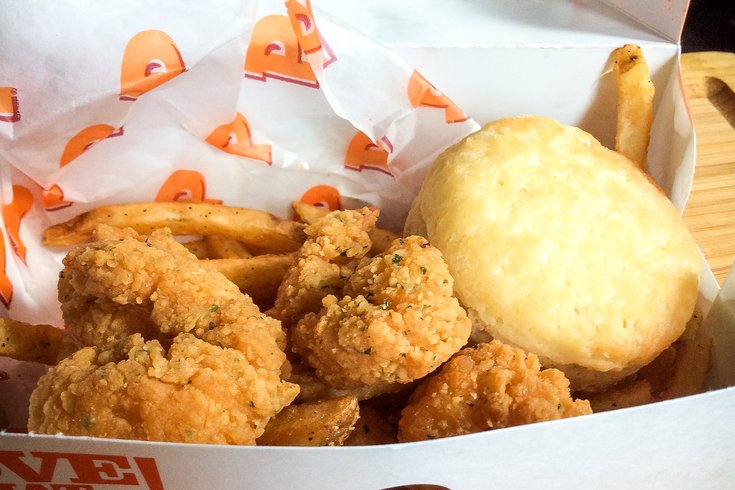 Recently, a brilliant idea popped into my head. Whether it came from my own brain or was sent there by some sort of food providence, I’ll never know, but the idea was this: an all-biscuit cook-off.

Think about it, who doesn’t love biscuits? Biscuits are the best. They’re salty and filling and the formula is simple enough that you can do so much with them. You could have a whole division of just honey biscuits. Or a round robin biscuits and gravy tournament.

Sure, people might come up to me and say, “Hey, is there anything other than biscuits I can eat?” And I’ll say, “No, there’s not.” And they’ll be like, “I’m allergic to biscuits. If I eat biscuits, I could die.” And I’ll be like, “Well, I’m sorry. We just have biscuits.” That’ll probably be rare, though.

One division of biscuits that must be represented in the cook-off are cheesy biscuits. While Red Lobster didn’t invent cheesy biscuits, they did take them to a new stratosphere with their famous Cheddar Bay Biscuits.

If you’ve ever been to a Red Lobster, you know about these free pre-dinner apps, which celebrated their 25th year of existence back in May. You probably also know stuffing a couple baskets of those suckers in your pockets to take home because yes, they are that good. The aged cheddar, the butter, the blend of garlic and spices add up to a salty junk food cult classic.

Because of their popularity, DIY Cheddar Bay Biscuits have become a popular easy-to-make home recipe. There are thousands of different formulas online, each one promising to replicate the spices and taste of the original, though truthfully, none of them get it exactly right.

Perhaps Popeye’s should have realized the enormous task at hand before the release of their new limited-time Cheddar Biscuit Butterfly Shrimp entrée. While known for their chicken, Popeye’s also has a decent-sized seafood portion of their menu.

For the newest entrant in the seemingly monthly recipe variations, the chain has battered their butterfly shrimp in a knock-off mix of Cheddar Bay Biscuit breading.

While Red Lobster and Popeye’s are both popular restaurant chains, the difference between the lower-level and mid-level of casual dining is a pretty significant jump. That’s not to say that Red Lobster is “better” than Popeye’s—the latter’s fried chicken is one of my favorite fast foods—but there can be a difference in quality, which all comes down to each’s prices. For instance, Red Lobster uses cheap shrimp, where Popeye’s uses really cheap shrimp. 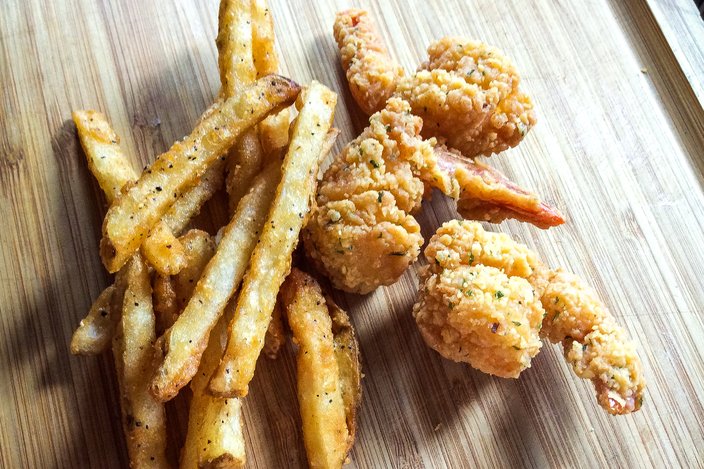 Also, try asking for unlimited free biscuits at a Popeye’s and see where that gets you.

Like most Cheddar Bay Biscuit replicants, the Cheddar Biscuit Butterfly Shrimp coating is not the same as the original. Unfortunately, it’s also on the lower end of the DIY Cheddar Bays. The garlicky spices just aren’t there and neither is the saltiness. The possibly powdered cheese they used tasted… off. Inside, the shrimp was strangely gooey and almost flavorless.

At least Popeye’s put their own spin on a fellow chain’s menu item with the shrimp battering instead of just trying to replicate their original biscuits. They wouldn’t have needed to, as their uber-salty buttermilk biscuits are great in their own way. Still, this just did not work.

Verdict: A big miss for the often-great Popeye’s. Only the original or a very good simulation can compare to the original Cheddar Bay Biscuits.

Also, after Googling “biscuit cook off,” I’ve come to learn that this is not a new idea at all.