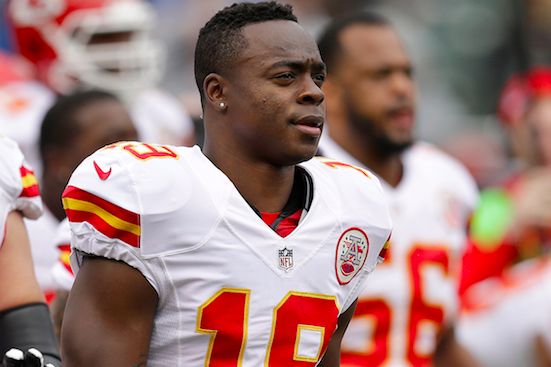 Despite head coach Doug Pederson's initial claim that the Eagles wouldn't pursue a reunion with Jeremy Maclin, the veteran wide receiver's availability into last weekend changed the minds of some on the coaching staff.

When Maclin made his decision Monday to sign with the Baltimore Ravens, Pederson responded to reports that the Eagles in fact had been in contention for his services. The two sides talked, Pederson admitted, but Maclin, 29, opted for another fresh start after his release following two seasons with Andy Reid in Kansas City.

Apart from $11 million over two years—money the Eagles likely couldn't offer—why did Maclin choose not to return to the team that took him in the first round of the 2009 draft? He thrived as an Eagle both in Andy Reid and Chip Kelly's systems, posting a career-best 85 receptions for 1,385 yards and 10 touchdowns as the team's lead receiver in 2014.

Never mind that he'll be in a similar role in Baltimore's thin and young wide receiving corps. It seems the clincher for Maclin was the crab cakes in Baltimore. Free crab cakes.

Free crab cakes for the length of your deal if you sign with the @Ravens.

@JimmysSeafood I read what y'all said...I love crab cakes! Lol

This isn't the first time Jimmy's Seafood has dangled crab cakes to a pro athlete. When Orioles third baseman Manny Machado made headlines last year for charging the mound and socking Royals pitcher Yordano Ventura, Jimmy's offered him crab cakes as a consolation for the suspension that awaited him.

Note to Maclin: crab cakes are great, and they're everywhere, but the place to be is Chap's Pit Beef on Pulaski Highway.