The Chester County native has struggled with substance use, including multiple stints in rehab in recent years 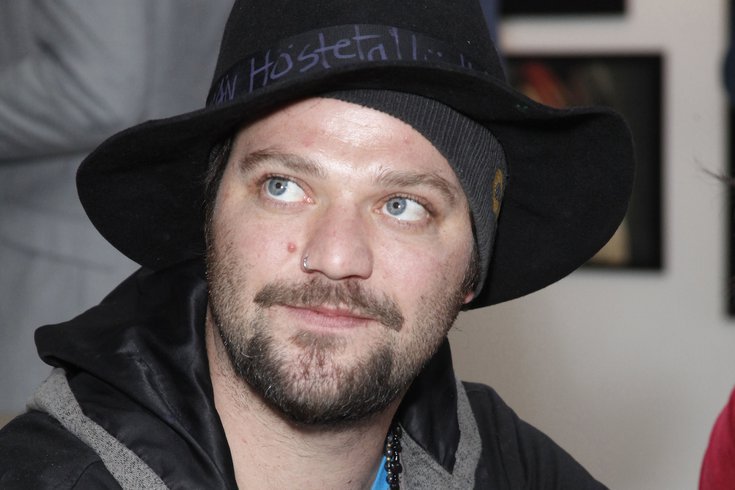 Bam Margera, the former 'Jackass' star, was hospitalized in San Diego this week with pneumonia and COVID-19.

Bam Margera, the former pro skater and star of MTV's "Jackass" franchise, was hospitalized in San Diego this week with severe pneumonia and complications from COVID-19, TMZ reported.

Margera, 43, was reportedly admitted to the ICU and placed on a ventilator, but his condition is stable, the outlet said. He tested positive for COVID-19 at the hospital.

A native of the West Chester area, Margera has struggled publicly for years with substance use issues. His problems became the focus of a legal conflict over his dismissal last year from "Jackass Forever," the most recent film in the reality series full of reckless stunts. Margera was fired for failing a required daily drug screening in February 2021.

Margera's initial inclusion in the movie had been made contingent on his sobriety, a condition that he challenged in court before ultimately settling the wrongful termination lawsuit in April.

Since then, Margera has been in and out of rehab programs.  His family placed him under a "temporary health care guardianship," an arrangement that prompted backlash from some fans who compared his situation to the highly restrictive conservatorship of pop star Britney Spears.

In August, the Margera family posted a statement on Instagram clarifying the intent of the guardianship.

Margera is married to Nicole Boyd, with whom he has a son. He still has a home in Pocopson, which is just outside of West Chester, but has spent much of his time at another property in southern California.

TMZ reported Margera has been seen partying in Atlanta and Las Vegas in recent months.

Last year, Margera said he was seeking treatment for bipolar disorder, attributing some of his struggles to manic episodes.

During an August appearance on the podcast of friend and "Jackass" cast member Stephen Glover, aka Steve-O, Margera said he had moved past his frustration over being excluded from "Jackass Forever." Steve-O has been sober for more than a decade and revived his career with acting appearances and his podcast.

"I'm much better off not being in it," Margera said. "I don't want to do that anymore. I don't want to be a part of it. I'm much happier without it."

Margera also told Steve-O he felt it was hypocritical for MTV to require a sobriety agreement because in the past the "Jackass" producers had encouraged his wild, drug- and alcohol-fueled behavior.

Margera grew up in the West Chester area and rose to "Jackass" fame when MTV took an interest in his amateur "CKY" videos, which included the kind of stunts that went on to make him and co-star Johnny Knoxville household names during the early 2000s. Margera went on to star in several subsequent MTV series and became a prominent figure in the skateboarding world.