The parties have reportedly reached a private settlement. Margera was fired from the franchise's newest movie after he failed a drug test. 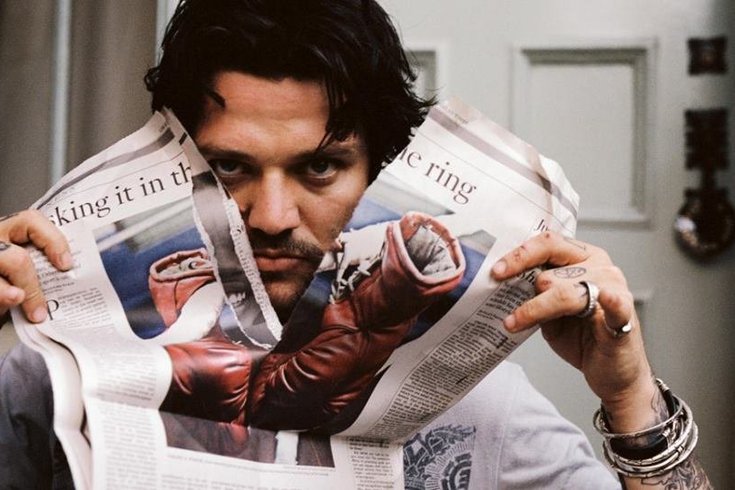 The legal conflict between the founding members of the "Jackass" franchise has been resolved.

Margera asked for it to be dismissed with prejudice, which means the suit can't be filed again.

TMZ, which broke the news, reported that the parties have reached a private settlement.

Margera was initially involved in the production of the franchise's newest movie "Jackass Forever," which came out in February, but he was fired in August 2020 after he tested positive for Adderall.

Margera, who has long been open about his struggles with alcohol abuse, was approached by Knoxville, Tremaine and Jonze in 2019 about signing a "wellness agreement," which he did without consulting a lawyer.

That agreement included daily drug tests, which Margera passed for a time. He was able to sign a contract with Paramount to work on the new movie, which was in place until he tested positive for Adderall in August 2020.

Margera's lawsuit, which was filed last year, stated that he was prescribed the drug by his doctor for his ADHD and that dismissing him over that was discriminatory.

It also states that Margera was the main creative force behind the franchise.

The origins of "Jackass" can in part be traced back to a stunt and skating video series called "CKY" which Margera produced with his friends in West Chester starting in 1999 after he became a pro skateboarder.

"CKY" stands for "Camp Kill Yourself." Margera's brother Jess has a band with the same name.

But at the same time the West Chester crew was working on "CKY," the members of the "Jackass" crew who were based in California, including Knoxville, were making similar videos for the skateboarding magazine "Big Brother." Tremaine was the editor of that publication.

When the California crew decided to make a TV show, they recruited Margera and the rest of the "CKY" crew.

The joint show was picked up by MTV and premiered in 2000. It ran for three seasons, and the franchise has made four feature-length movies.

But that's not where Margera's relationship with MTV ended. He starred in two reality shows on the network, "Viva La Bam" and "Bam's Unholy Union," both of which mostly take place at Margera's home in West Chester and feature his family and members of the "CKY" crew.