The full 'pink moon' will be visible from Philadelphia this weekend 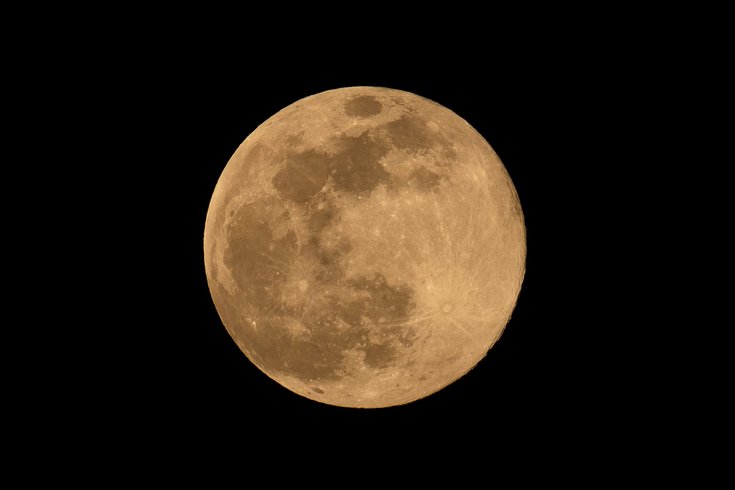 The full pink moon will be visible in Philly for the entirety of this weekend, but the best time to view it will be at 7:46 p.m. on Saturday night.

The first full moon of spring will illuminate the night's sky for the entirety of this weekend.

The pink moon will be visible from early Friday until Monday morning and will be at its peak fullness at 2:55 p.m. on Saturday, according to NASA. Despite its name, the moon will actually have a reddish-orange tint due to the composition of Earth's atmosphere and the angle at which it will be viewed.

The best time to view the moon will be on Saturday evening at moonrise, when the celestial body will first appear on the eastern horizon about 15 minutes after the sun sets. That will happen at 7:46 p.m. in Philadelphia.

April's full moon got its confusing name because it's associated with the blossoming of Phlox subulata, a pink wildflower native to Eastern North America which is also known as creeping phlox, moss phlox or moss pink.

But this pink moon has many other names.

Several Native American tribes have monikers for the moon which describe the beginning of spring.

For many Christians, the full moon before Easter is known as the Paschal moon. The name is derived from the Greek word "pascha" which is a transliteration of "pesach," the Hebrew word for Passover, a holiday many Jewish people will celebrate starting tonight.

The two holidays are linked because, per the New Testament, Jesus Christ's last supper happened on Passover and Easter honors his resurrection, which happened a few days later.

For Buddhists, the pink moon is known as Pak Boya. It's particularly significant for Sri Lankan adherents, as it commemorates when Buddha visited the island and prevented a war between its different chiefs.

The pink full moon will not be a supermoon this year, even though it has been for the last two. That's when a full moon appears particularly large because it's in the part of its orbit that's closest to Earth.