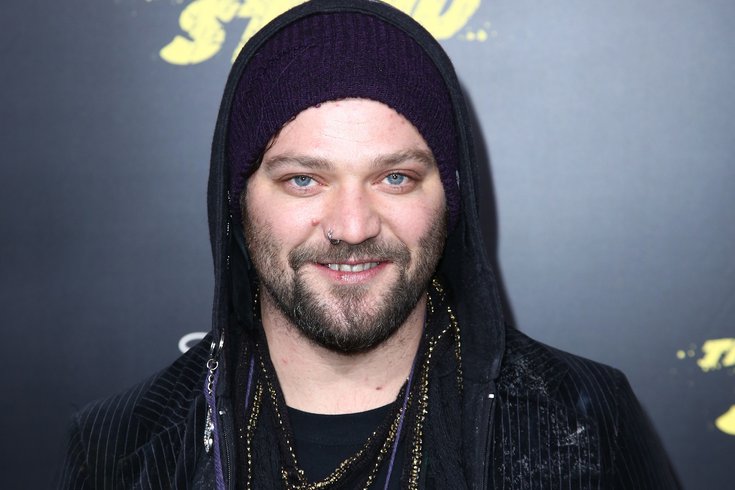 Bam Margera, pictured above in a file photo from 2013, says he is seeking treatment from specialist for bipolar disorder after his latest outburst on social media. Margera, 41, has publicly battled substance abuse, mental health and legal issues for years.

Onetime MTV icon and Chester County-native Bam Margera is seeking help from a specialist for bipolar disorder, he says in a new video after a rambling series of Instagram posts in which he claims his co-stars are preventing him from being involved in the upcoming "Jackass 4" movie.

Margera, 41, publicly has struggled with substance abuse and mental health issues during the past several years, notably checking into rehab several times after a DUI arrest in 2018 and another arrest in Los Angeles the following year.

On Thursday, Margera posted several Instagram videos in which he says he has been shut out of the production of "Jackass 4." The latest sequel in the series of films based on the 2000s MTV show of the same name, starring Margera, Knoxville, Steve-O and others, is set to hit theaters in September following multiple pandemic-related delays.

In his Instagram post, Margera called on fans to boycott the movie and instead fund him to make his own.

“I’m not in ‘Jackass 4,’ and if anybody cares about me, don’t go see their movie because I will make mine way f***ing radder if you just Venmo me a dollar,” Margera says. He also describes the lengths he must go to prove his sobriety and that he is taking the medication to treat his mental illness. But it is unclear in the video if these are court-ordered requirements or stipulations imposed by the the "Jackass 4" film studio Paramount Pictures – or both ... or neither.

Margera claims the creators of the movie, including Knoxville and director Jeff Tremaine, are using many ideas he contributed despite allegedly shutting him out of the movie.

By Friday, Margera posted a new video explaining that Thursday's outburst has led him to seek treatment.

"I realized that I'm manic bipolar," Margera says. "Yesterday, I had to go so bat**** bonkers f***ing crazy because of not knowing the answer for a year and a half whether we're doing 'Jackass' or not. I had to go f***ing bonkers. I had to deal with the madness to finally know the answer."

Margera adds that "there will be no bad blood" and that he anticipates filming in the near future.

Bipolar disorder can take several forms and is associated with episodes of mood swings ranging from depressive lows to manic highs. It is believed to be caused by a combination of genetics, environment and altered brain structure and chemistry. An estimated 4.4% of U.S. adults experience bipolar disorder at some time in their lives, according to the National Institute of Mental Health.

Margera, who has a home in Pocopson, which is just outside of West Chester, says in his videos that he had been spending most of his time in Pennsylvania during the making of "Jackass 4." He has since relocated to Oceanside, California, with his wife, Nikki Boyd. The couple have a 3-year-old son.

Paramount Pictures and others involved in "Jackass 4" have not publicly commented on Margera's videos or his involvement in the film.

Margera rose to fame alongside Knoxville and other stuntmen when "Jackass" debuted on MTV in 2000, spawning several spinoff shows for Margera as he grew his parallel career as a pro skateboarder.

In Sept. 2019, Margera opened up to TV-psychologist Dr. Phil McGraw, appearing on his show to seek help and discuss his "mental breakdown," his alcohol problems and thoughts of committing suicide.

In addition to marital strain at the time, Margera talked to Dr. Phil about the lasting impact of the death of his close friend and "Jackass" co-star Ryan Dunn. Dunn, 34, was killed in a high-speed crash while driving his Porsche drunk on the Route 322 bypass in West Goshen, Chester County, in June 2011. Dunn's alcohol level was reportedly twice the legal limit at the time of the crash.

Other "Jackass" stars, including Stephen Glover, aka Steve-O, also have battled substance abuse issues since achieving fame on MTV. Steve-O has been sober for more than a decade and revived his career with acting appearances and a popular podcast.

"Jackass 4" is set to premiere in theaters on Sept. 3, 2021. Margera's name remains on the credit list for the movie on IMDb.