The Chester County native, who has battled addiction for years, recently posted a photo to Instagram of his new Alcoholics Anonymous sponsor 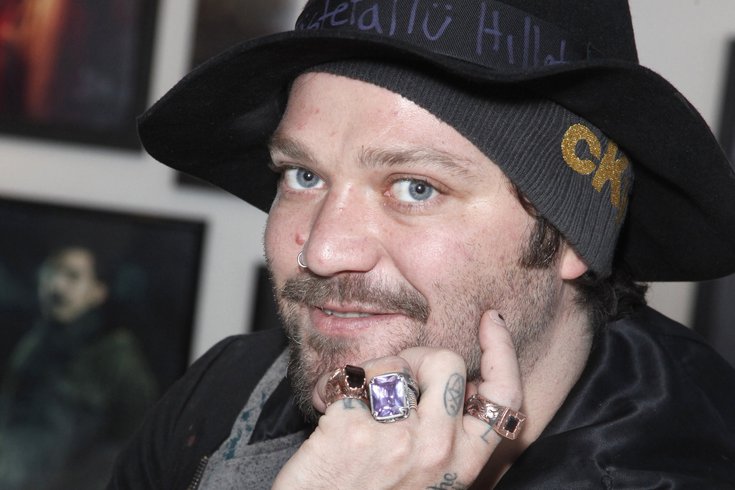 Bam Margera reportedly left a court-appointed addiction rehab facility in Florida and has gone missing. Last month, Margera, one of the stars of 'Jackass' on TV and in the movies, marked the completion of a yearlong sobriety program.

Authorities are searching for "Jackass" star Bam Margera, who left a court-mandated rehab facility in Florida.

Margera was reported missing from a rehab facility in Delray Beach on Monday, TMZ reported. According to a police report, Margera told the staff that he was unhappy with the facility's services and leaving for another rehab center in the area.

The staff at the rehab said Margera didn't appear to be a danger to himself or others, according to TMZ. Margera's friends and family were working to bring him back to the facility.

On Monday, the stuntman, former pro skater and reality TV star from West Chester, Chester County, posted an Instagram picture of his new Alcoholics Anonymous sponsor. It was geotagged in Florida.

Last month, Margera, completed a 12-month sobriety program and celebrated with his wife, Nicole Boyd, and son. He also broke his wrist and dislocated his elbow while skateboarding. To maintain his sobriety, he reportedly was refusing pain medication. He had accused the rehab facility of failing to set up his physical therapy appointments.

Margera's struggles with addiction have been well-documented. They sometimes were depicted in the reality TV programs he has starred in, including "Viva La Bam" and "Bam's Unholy Union." In 2019, Margera discussed his alcohol problems on "The Dr. Phil Show." He also opened up about his mental health challenges, including thoughts of suicide.

Margera left rehab shortly after what would have been his former co-star Ryan Dunn's 45th birthday. Dunn died in 2011 after he drunkenly drove his car into a tree in West Goshen, Chester County.

In April, Margera settled a wrongful termination lawsuit with Johnny Knoxville and the "Jackass" team. He had filed the lawsuit last August, claiming he had been forced to sign a wellness agreement to star in the movie "Jackass Forever." It required him to take daily drug tests.

In February 2021, Margera said he had been fired from the film because he had tested positive for Adderall, a drug he claimed the team knew he was taking to treat attention deficit disorder.