The concert, which has featured acts like Bon Jovi, Foo Fighters and Snoop Dogg, has not taken place in almost 10 years 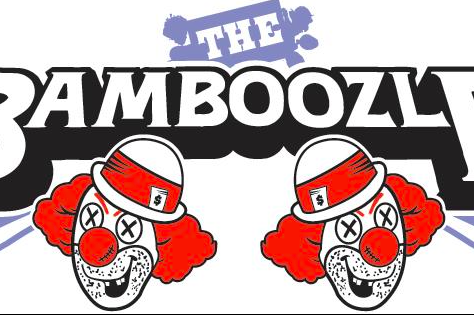 New Jersey-based music festival The Bamboozle announced it is making a comeback for its 20th anniversary in 2023.

The Bamboozle Festival, the multi-day concert once held at the Meadowlands and the beaches of Asbury Park announced it's returning, after nearly a decade away, to celebrate its 20th anniversary.

"Welcome to The Awakening of The Bamboozle 2023," reads the festival's website, designed to look like an old MySpace page, a nod to how the New Jersey festival's hosts spread the word about the first show in 2003, using the once popular social media platform.

Over the years, A-list pop and rock performers like Bon Jovi, Drake, Foo Fighters, Fall Out Boy, My Chemical Romance and Snoop Dogg performed at the festival. The Bamboozle Festival last took place in 2012.

The next show is still a ways out, and no official date, location or performers have been announced, yet.

"18 years ago, we created an event on Myspace – for its 20th anniversary we are inviting back some old friends, introducing everyone to new friends and will no doubt, redefine a scene and once again rise to the top of the festival world."

On Thursday, D'Esposito posted again saying, "the lineup is stacked, the promo and roll outs are so amazing  ... we didn't even need submissions, we went after the bands we wanted and we got basically our entire wish list."

The news of Bamboozle's return had fans on Twitter to reminiscing about its original days:

Wow... Demi Lovato, Panic at the Disco, and No Doubt were great Bamboozle memories for me! https://t.co/FzuDDdmiEf

if bamboozle comes back then myspace should just come back. i miss the good ol’ days.

Last time I went to Bamboozle, I crowd surfed during ADTR. High expectations coming up for the next one

The 2013 festival had been scheduled but was canceled in late 2012, ending 10 consecutive years of performances. The concert's promoter Live Nation cited financial reasons, and Spin reported that last Bamboozle Festival had 90,000 people in attendance, but it did not turn a profit because of the concert's high-priced lineup.

The first Bamboozle Festival was held at Asbury Park's iconic Stone Pony and the Roots headlined of the three nights of shows. The festival moved to Meadowlands Sports Complex in East Rutherford, New Jersey, from 2006 to 2011 and closed its 10-year run on the beach at Asbury Park.