Coastal-inspired chain Bartaco is open now in King of Prussia 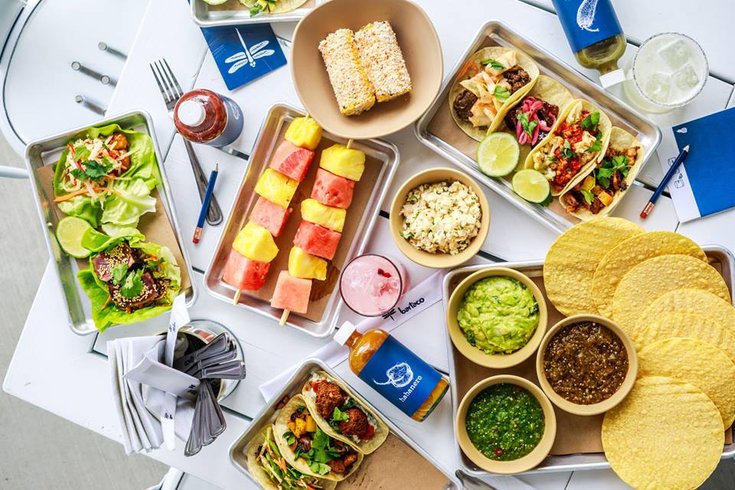 Bartaco is now open in the King of Prussia Mall.

King of Prussia added another concept to its dining scene with Bartaco, a self-described "coastal-inspired" restaurant influenced by the cultures of Brazil, Uruguay, and Southern California, from the people behind East Passyunk's Barcelona Wine Bar.

Like Barcelona, Bartaco already has several locations throughout the country, including spots in Nashville, Boston, Boulder, Dallas, and elsewhere.

The King of Prussia spot, which just opened to the public Thursday, offers a taco-centric menu featuring guacamole, salsa, empanadas, and some salads, soups, and even poke. Customers can also order their own made-to-order rice bowls or pick from a rice menu that includes glazed pork belly, roasted duck, and other options.

On par with the coastal theme, the drinks are focused on tequila, which you can order in four flight varieties, or, of course, in the house margarita.

Bartaco is located outside King of Prussia crosswalk between the Court and the Plaza, not far from where a number of popular chains have set up shop over the last few years, including Sweetgreen, Pink's Hot Dogs, and Hai Street Kitchen.

The restaurant is open for dinner from 5 to 11 p.m., but will later begin opening at 11 a.m. to accommodate lunch service.

Check out the full menu here.