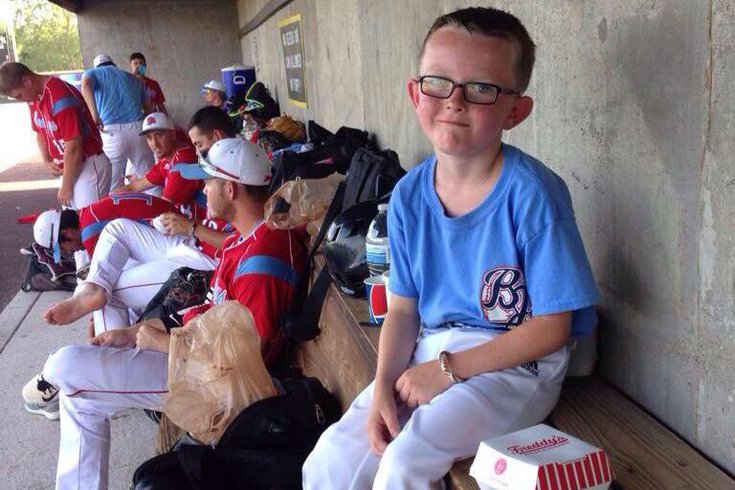 Kaiser Carlile, 9, passed away Sunday after he was accidentally hit in the head during a baseball game in Wichita, Kansas.

A 9-year-old boy passed away on Sunday after he was accidentally hit in the head during a baseball game Saturday.

Kaiser Carlile was a bat boy for the Liberal Bee Jays, a collegiate summer ball team in Wichita, Kansas.

Witnesses said Carlile was running to retrieve a bat on the ground near the on-deck batter at the NBC World Series at Lawrence Dumont Stadium. The player, unfortunately, did not notice the boy and accidentally hit him on the head with a practice swing.

"Right before he fell, the umpire and the base player both rushed up and caught him before he hit the ground," witness Malachi Lingg told KWCH12. "They caught him and just set him on the [ground] and they all clustered around him quickly. It was really silent. Everybody was quiet. I think they were all really sad because it was a really small boy."

Carlile was wearing a helmet, as required.

"With the permission of the family, and with much sorrow and a very broken heart, I regretfully inform everyone that Kaiser Carlile passed away earlier this evening," the Liberal Bee Jays announced in Facebook post late Sunday. "Please keep his family and our team in your thoughts and prayers. Thank you all for the support during this ordeal!"

The Liberal Bee Jays kneel in prayer after discovering the tragic news of Kaiser Carlile's passing after the game. pic.twitter.com/OEMrHXiQrU

The Liberal Bee Jays have created a GoFundMe page, entitled BigHits4Kaiser, to support Carlile's family. More than $12,000 was raised in just 14 hours.