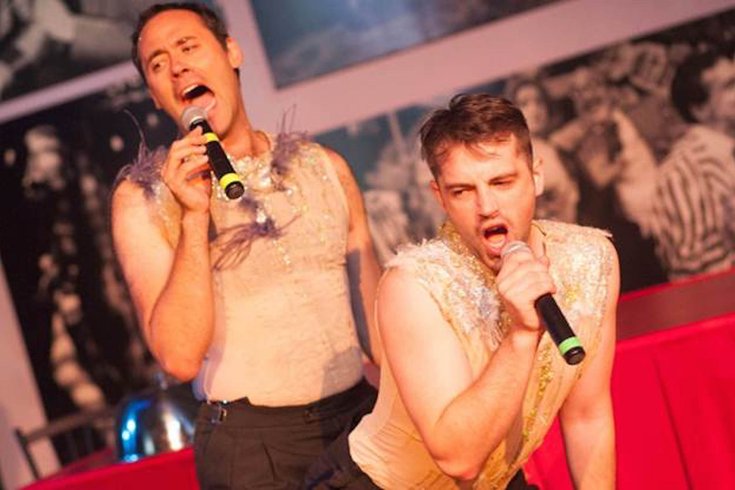 Read More
The Bearded Ladies Cabaret is doing an all-queer, musical version of the cult 1981 film "Mommie Dearest" starring Faye Dunaway. Dubbed "Mommie Queerest," the performance will play Monday, Jan. 26, and Monday, Feb. 2, at the Wilma Theater. This ultra-dramatic Joan Crawford biopic is ripe for a redux with all of its 1940s-via-the-1980s get-ups, so an adaptation is right in the Bearded Ladies' art-meets-camp wheelhouse.

Thus, Bearded Ladies composer Heath Allen turned the tale into a pop opera. The plot breaks down the fourth wall and focuses on cast members fighting over who gets to play Crawford in an effort to explore the LGBTQ community's love of the film. The two main Crawford candidates are John Jarboe, the Bearded Ladies' artistic director, and Dito van Reigersberg, a Bearded Ladies guest performer also known as his drag queen persona Martha Graham Cracker.

To make the show an interactive one, a la "Rocky Horror," kits including wire hangers, face cream and swim caps will help the audience get into the film. Show-goers who wear wire-hanger costumes get to participate in a special part of the show, too - though we aren't exactly sure what a wire-hanger costume would look like.

The performance is also a fundraiser for the cabaret, and a live auction will be held. At 6:15 p.m. each night of the performance, there will be a pre-show cocktail reception.