Eau De Musc, on sale just in time for Father's Day, is made from the oil found in beaver castor sacs 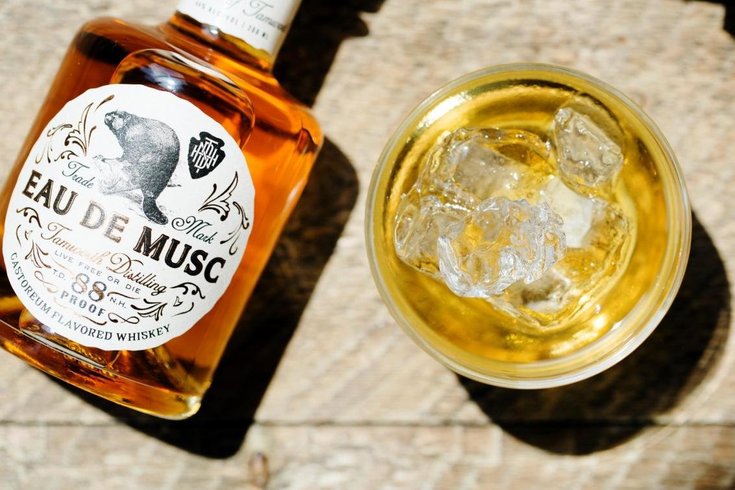 Eau De Musc is available at Art in the Age

Beaver whiskey is now a thing thanks to Art in the Age founder and mastermind Steven Grasse. Eau De Musc is a full bodied, 88-proof bourbon whiskey with a range of exotic flavors, infused with the oil found in the beaver castor sacs below the beaver's tail. But don’t judge it too quickly – chances are, you’ve already consumed castoreum and didn’t even know it. FDA approved, it’s commonly featured as a “flavoring” and is actually noted to be quite fragrant.

Inspired by the usage of castoreum in everyday life, Grasse claims how this whiskey came about was a curious experiment gone right.

"I have always been intrigued by the use of castoreum in food and luxury products," he says in a news release.

"There was a time when it was ubiquitous and used widely as a flavoring agent and in perfume. In fact, it's still used in a number of products today."

In all of his spirits, there’s a hint of wondering wilderness lingering in the taste. Eau De Musc is no exception, as Canadian snakeroot, vanilla and birch oil linger within the flavor profile, while the castor sac adds a hint of raspberry, making this two-year whiskey slightly sweet, with a warm and spicy finish.

Grasse says he typically finds inspiration through American history, noting in regards to the flavor profile of the majority of his Tamworth Distillery spirits, “There has to be a thread that connects it to the past or it doesn’t feel authentic.”

He has created a plethora of avant-garde spirits, including Hendrick’s Gin and, with the help of his team, a number of innovative spirits that can be found at Art in the Age. It shouldn’t come as a surprise then that he would take his experimentation a step further, beyond pine and juniper notes and into wildlife exploration.