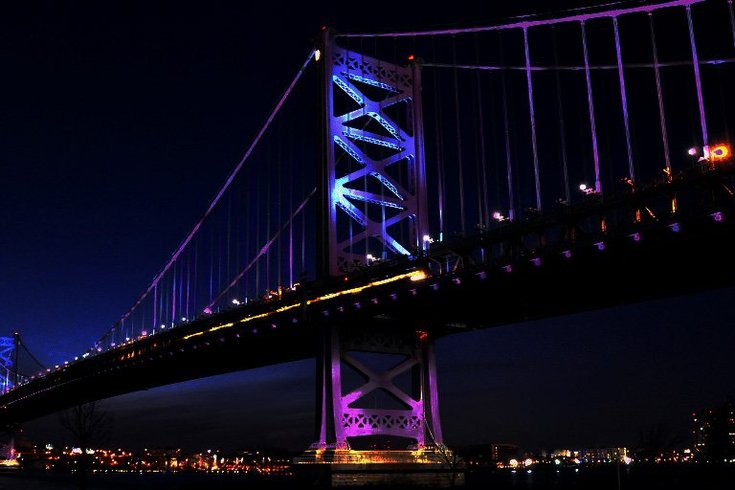 The Delaware River Port Authority announced on Saturday that the Ben Franklin Bridge will light up purple this weekend in memory of music legend Prince, who died on Thursday at the age of 57.

Many businesses in the area are honoring Prince including PhilaMOCA, which is hosting encore screenings of a Nigerian "Purple Rain" remake on Sunday and FringeArts, which is hosting an all-night dance party on Saturday.

The special purple lighting on the bridge can be seen April 23 and 24.