The four-hour, two-part film will premiere Monday and Tuesday at 8 p.m. on PBS 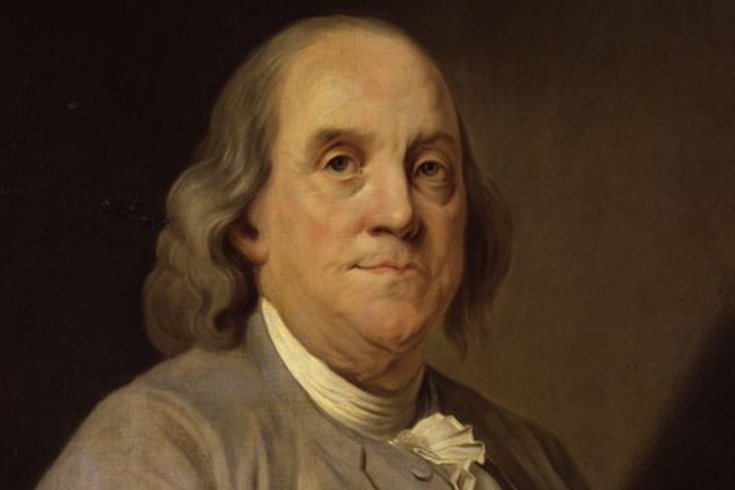 Benjamin Franklin's life and historical legacy is the subject of a new documentary from filmmaker Ken Burns premiering this week on PBS.

Benjamin Franklin's life and historical impact as a businessman, writer, scientist and diplomat is the focus of a new project by award-winning filmmaker Ken Burns.

"Benjamin Franklin" will delve into the Founding Father's 18th century life and the legacy he left behind, encompassing his childhood in Boston, finding a new home in Philadelphia and emerging as a leading voice on the global stage for the young United States.

The documentary's first episode will cover approximately the first 70 years of Franklin's life. The first two hours will dive into Franklin's upbringing in Boston before he eventually moved to Philly, where he met his wife Deborah and established himself as an entrepreneur, writer, scientist and statesman.

The first episode will also chronicle his diplomatic life in London as he sought to keep the U.S. and Great Britain from going to war.

It was in Philly where Franklin's work was perhaps most impactful. The Founding Father first made a name for himself in his new city by establishing his own printing business, which he used to help develop influential newspapers such as the Pennsylvania Gazette and Pennsylvania Chronicle. He also used these platforms to write influential essays consisting of many popular sayings that are still quoted today.

His greatest accomplishment as a scientist occurred in Philly when he demonstrated the electrical nature of lightning in 1752 through his famous kite and key experiment during a thunderstorm.

It was also in Philly where Franklin pivoted into politics. Franklin served as speaker of the Pennsylvania Assembly in 1764, as well as postmaster and councilman. He went on to become the first U.S. postmaster general from 1753-1776 before serving as a diplomat to France and Sweden from 1777-1785.

Franklin returned to Philly in 1785 and served as governor of Pennsylvania until 1788. He died in the city in 1790 at the age of 84 and is buried with his wife Deborah at Christ Church Burial Ground at Independence National Historical Park.

The Benjamin Franklin Bridge and Parkway are among the notable public thoroughfares and spaces named after him.

The documentary's second episode will cover the last 15 years of Franklin's life. It will detail his return to Philly during the American Revolution, during which he helped Thomas Jefferson craft the Declaration of Independence as a member of the Second Continental Congress.

The film's final two hours will also cover how Franklin earned French support for the American Revolution and negotiated a peace treaty with Great Britain, his contributions to the U.S. Constitution and his unsuccessful attempts to abolish slavery.

While the documentary will serve as a celebration of Franklin's legacy, it will also touch on how his global fame damaged his family life, his inconsistencies regarding the treatment of Native Americans and that he once owned slaves before advocating for the practice to be abolished.

The four-hour, two-part documentary will premiere Monday and Tuesday at 8 p.m. on PBS. The film will re-air at different times on PBS over the next two weeks.

"Benjamin Franklin" will also be available to stream on PBS' website or the PBS Video app. The app can be accessed on Roku, Apple TV, Amazon Fire TV, Android, iOS devices or Samsung Smart TV.