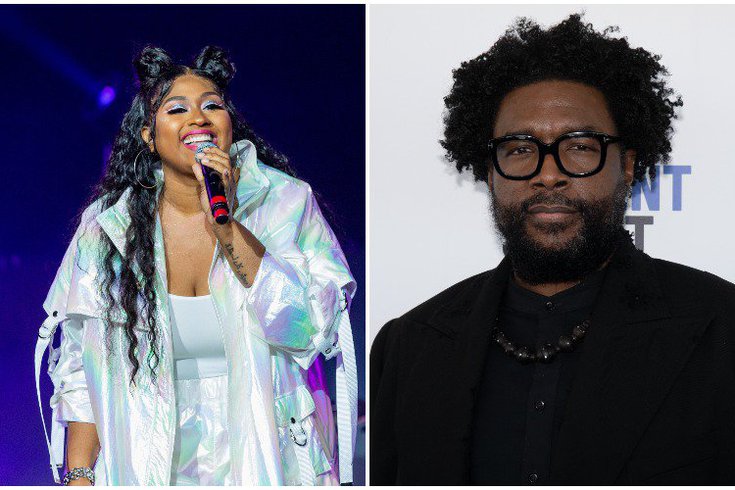 After 15 Grammy nominations, Jazmine Sullivan finally received a gilded gramophone, while Ahmir "Questlove" Thompson added to his resumé with another honor for "Summer of Soul."

Sullivan and Questlove were among the many winners Sunday night at the 2022 Grammy Awards in Las Vegas.

MORE: After getting slapped by Will Smith at the Oscars, Chris Rock adds shows on actor's home turf

"I'm so grateful to be up here," Sullivan said after winning best R&B album. "Thank you to everybody who helped me create 'Heaux Tales.' I appreciate this so much."

A graduate of The Philadelphia High School for Creative and Performing Arts, Sullivan primarily recorded "Heaux Tales" in her Philly home. The 14-track EP was her first release since "Reality Show" in 2015.

"Heaux Tales" premiered in January 2021 at No. 4 on Billboard's Top 200 Albums chart. It became Sullivan's highest-charting release of her career. Her debut record, "Fearless," released in 2008, also reached the top 10.

It won album of the year at last year's BET Awards and Soul Train Music Awards, as well as outstanding album at this year's NAACP Image Awards. "Pick Up Your Feelings" also won outstanding R&B and soul song at the NAACP award show.

"Heaux Tales" was rated one of the best albums of 2021 by the likes of Time Magazine and Pitchfork.

Questlove's "Summer of Soul" won best music film, the sixth Grammy Award of his career. It's the musician's first gilded gramophone since winning in 2016 for his production work on "Hamilton." The movie marked his directorial debut.

"What a journey for this film, since Sundance all the way until … last week," Questlove laughingly said, referencing when he won best feature documentary at the Academy Awards just minutes after Will Smith slapped Chris Rock on stage.

The documentary details the musical, historical and societal impact of the 1969 Harlem Cultural Festival through archived footage and interviews with performers and attendees.

The Harlem Cultural Festival featured more than 30 performances from music legends like Stevie Wonder, Nina Simone, Sly and the Family Stone, B.B. King and Gladys Knight and The Pips, from late June through August 1969. About 300,000 people attended the festival, but its place in history had been obscured by a lack of exposure in subsequent decades.

One of the event's producers filmed more than 40 hours of footage from the summer series. Most of it never saw the light of day due to a lack of interest in the festival. It sat in boxes inside the producer's basement for 50 years – until The Roots drummer was tapped to direct the documentary.

The film swept the Critics Choice Documentary Awards in November, winning all six honors that it was nominated for, including best documentary and best director. "Summer of Soul" also won best documentary at this year's AAFCA and BAFTA Awards.

"Summer of Soul" is available to stream on Hulu and Disney+.

The orchestra, conducted by Yannick Nézet-Séguin, won best orchestral performance for its recording of Florence Price's Symphonies Nos. 1 and 3. It's the orchestra's first Grammy Award.

"On behalf of everyone at the Philadelphia Orchestra, we are so grateful to the Recording Academy for this tremendous honor," Nézet-Séguin said in a statement.

The 10-song studio album, which was released in 2020, was the third record created by McBride's band. The group's previous two records, "The Good Feeling" and "Bringin' It," each won best large ensemble album at the Grammys in 2012 and 2018, respectively.

Odom Jr. performed during the award show's in memoriam segment, which included a moving tribute to the late Broadway composer Stephen Sondhiem.

The 64th annual Grammy Awards' biggest winner was jazz and R&B musician Jon Batiste, who won five awards, including album of the year. Batiste entered the night with the most nominations with 11.

The awards ceremony was hosted by Trevor Noah at the MGM Grand Garden Arena in Las Vegas. A complete list of winners can be found on the event's website.