Will Smith wins two more awards for 'King Richard.' Is an Oscar finally next?

The West Philly native received best actor honors at the BAFTA and Critics' Choice ceremonies, adding to an impressive haul 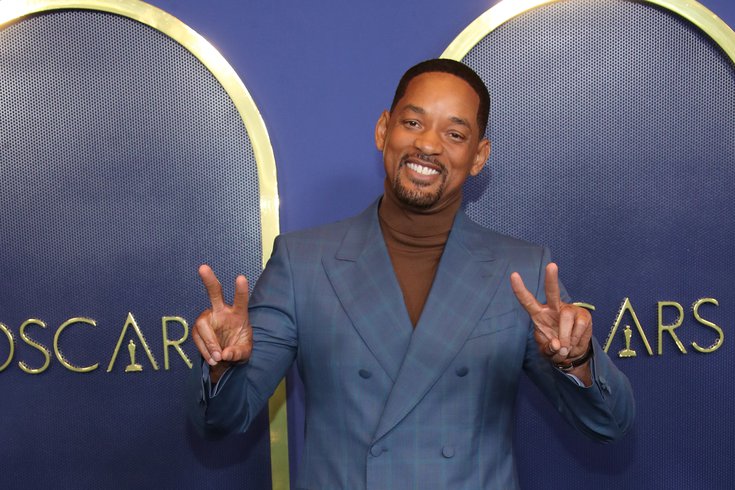 Will Smith won the first BAFTA and Critics' Choice awards of his career Sunday for his portrayal of Richard Williams in 'King Richard.'

Will Smith has never won an Oscar despite a critically-acclaimed acting career spanning more than 30 years. But that soon could change given the accolades he has received for his performance in "King Richard."

Smith won best actor honors from both the BAFTA and Critics' Choice awards Sunday, adding to an already-impressive haul for his portrayal of Richard Williams, the father of tennis stars Serena and Venus Williams.

His performance also has earned him the first Golden Globe and Screen Actors Guild awards of his career, as well as an AAFCA Award and an NAACP Image Award.

Smith's winning streak sets the stage for what could be a coronation of his career at the 2022 Academy Awards ceremony on Sunday, March 27. Smith is up for best actor for the third time.

The Philadelphia native was nominated in 2002 for "Ali" and in 2007 for "The Pursuit of Happyness." He lost the first time to Denzel Washington ("Training Day") and then to Forest Whiaker ("The Last King of Scotland").

Smith's win at the SAG Awards put him in good position to win his first Oscar. The SAG Awards have been the most reliable predictor of Oscar success; the award ceremonies have produced matching winners 21 of 27 times, according to the Los Angeles Times.

But Smith faces stiff competition. The other nominees are Benedict Cumberbatch for "The Power of the Dog," Denzel Washington for "The Tragedy of Macbeth," Andrew Garfield for "Tick, Tick...Boom!" and Javier Bardem for "Being the Ricardos."

If Smith wins, his portrayal of Richard Williams will go down as his most-decorated movie role.

"King Richard" tells the story of Richard Williams, who served as a driving force for the Williams sisters' tennis success. He trained them in Compton, California before they collectively won 30 Grand Slam titles. The film will return to HBO Max starting March 24.

Questlove's directorial debut won best documentary at the BAFTA Awards. "This life man. Wow. We won a BAFTA," the Philadelphia native wrote in an Instagram post.

"Summer of Soul'' details the musical, historical and societal impact of the 1969 Harlem Cultural Festival. The film is available to stream on Hulu and Disney+.

It has been nominated for best feature documentary at the Academy Awards on March 27 and best music film at next month's Grammy Awards. It previously has captured honors at the Sundance Film Festival, Critics Choice Documentary Awards, AAFCA Awards, and won Questlove the 2021 Vanguard Award.

"Mare of Easttown" won best limited series at the Critics' Choice Awards. Kate Winslet's performance as detective Mare Sheehan in the murder-mystery earned her best actress in a limited series.

"Mare of Easttown," set and filmed in Philly's western suburbs, tells the story of a detective who seeks to solve a murder and two missing persons cases while navigating the struggles in her personal life. The series was created by Chester County native Brad Ingelsby.

Winslet won the Golden Globe Award for best actress in a miniseries in January and the SAG Award for outstanding performance by an actress in a limited series last month. She also earned a spot on Time Magazine's "100 Most Influential People" list in 2021.

"Dune," "The Power of the Dog" and "Ted Lasso" were among the big winners at Sunday's awards shows. Here are lists for the complete winners of the BAFTA and Critics' Choice awards.