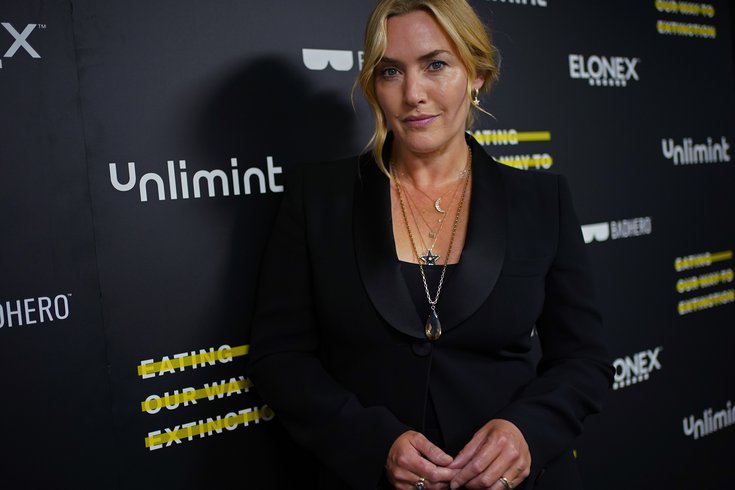 Kate Winslet says she believes viewers liked Mare Sheehan because of the character's authenticity throughout 'Mare of Easttown.'

Kate Winslet's banner year continued Wednesday when the "Mare of Easttown" star was named to Time Magazine's list of "The 100 Most Influential People of 2021" for her critically-acclaimed portrayal of suburban Philly detective Mare Sheehan.

"It was such an extraordinary experience making 'Mare of Easttown,'" Winslet told Time. "Dispelling this sort of perfect beautiness that often goes hand-in-hand with being a female celebrity. We just did the opposite with Mare because that's who she was. And it didn't really occur to me actually that what we were doing was anything particularly different or daring or brave. It was just that's what we were doing for the character."

Set and filmed in Philly's western suburbs, the whodunit series followed Winslet's character as she sought to solve a murder investigation and two missing persons cases while dealing with struggles in her personal life. Winslet's portrayal of Sheehan earned her an Emmy nomination this year for outstanding lead actress in a limited series or movie. Winslet last won an Emmy in 2011 for her performance in HBO's "Mildred Pierce."

The British actress' ability to master the unique Delco accent was applauded by many viewers, even though it made her want to "throw things."

Winslet said she wasn't expecting the "overwhelming" reaction that the murder-mystery series received from viewers. But Winslet said she was more prepared for the attention than when she was in her youth, and she made it a point to support the show's younger actors who would be experiencing popularity for the first time.

"As a cast and a crew collectively, there was a very watertight network that we just sort of wrapped around our young actors in particular and made sure that they felt looked after," Winslet told Time. "And being an executive producer, it was just important to me that we establish this atmosphere of everyone being in it together."

What ultimately attracted viewers to Mare Sheehan was the authenticity of the character, according to Winslet.

"We always had a great script and a really compelling story, but you can only guess at whether or not an audience is going to respond to that," Winslet told Time. "And I think people responded to how flawed Mare is because that's real life. She struck a chord with people and sort of felt like the way we've all been feeling for the last 18 months now with the pandemic.

"Everything she wears and the way she holds herself and that kind of indulgence in not caring how she looks really, I think that's kind of a relief perhaps for people to see. I think particularly women, particularly women of my age, middle-age women."

Kate Winslet: “It means a lot to be shifting that dynamic of how women can be portrayed on film, on television. It’s just very, very rewarding” https://t.co/zlm3CoAsUT #TIME100 pic.twitter.com/UCg7KO9DId

All seven episodes of "Mare of Easttown" are now available to stream on HBO Max.