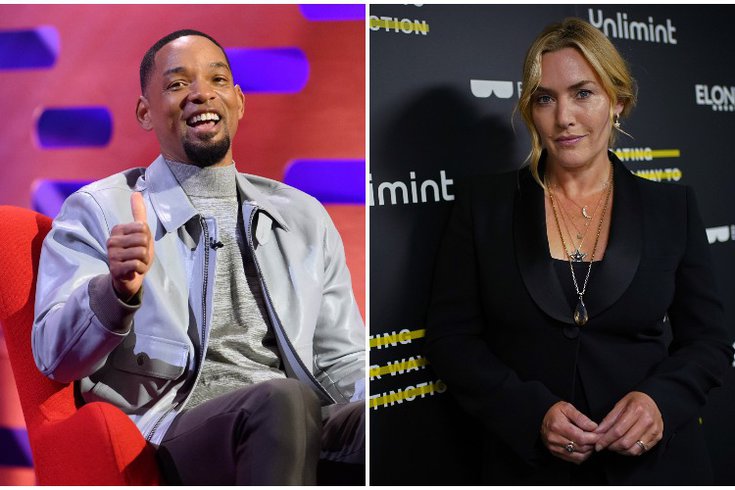 Will Smith and Kate Winslet both won SAG Awards on Sunday for their respective performances in 'King Richard' and 'Mare of Easttown.'

Will Smith and Kate Winslet were among the big winners on Sunday at the 2022 Screen Actors Guild Awards in Santa Monica, California.

This is the first SAG Award of Smith's critically-acclaimed career.

"This may have been one of the greatest moments of my career just now because my name was called for 'King Richard' sitting next to Venus Williams," the West Philadelphia native said while gesturing to the seven-time Grand Slam champion in the crowd at the 28th annual ceremony.

"King Richard" tells the story of Serena and Venus Williams' father, who served as a driving force for their success in professional tennis. The film was nominated for outstanding performance by a cast in a motion picture, but lost to Apple TV+'s "CODA."

Smith's performance in the film also earned him the first Golden Globe Award of his career, as well as an AAFCA Award and an NAACP Image Award.

Winslet's victory Sunday night marked the fourth SAG Award of her career, having won most recently in 2012 for her performance in "Mildred Pierce." The British actress was not in attendance to accept her award.

Set and filmed in Philly's western suburbs, "Mare of Easttown" tells the story of Winslet's character as she seeks to solve a murder and two missing persons cases while navigating through struggles in her personal life. The seven-episode series is available to stream on HBO Max.

The murder-mystery show was also nominated for three other awards. Jean Smart's portrayal of Sheehan's mother, Helen Fahey, earned the actress an outstanding performance nomination, but fell short against Winslet. Evan Peters' portrayal of detective Colin Zabel earned him a nomination for outstanding performance by a male actor in a television movie or limited series, but lost to Michael Keaton for his role in Hulu's "Dopesick."

"Mare of Easttown" was also nominated for outstanding action performance by a stunt ensemble in a television series, but lost to Netflix's "Squid Game."

Winslet won the Golden Globe for best actress in a miniseries last month, and also earned a spot on Time Magazine's "100 Most Influential People" list in 2021.

"CODA" finished with the most wins in the film categories with two. The most wins on the television side went to "Squid Game" with three. A complete list of winners can be found on the SAG Awards website.