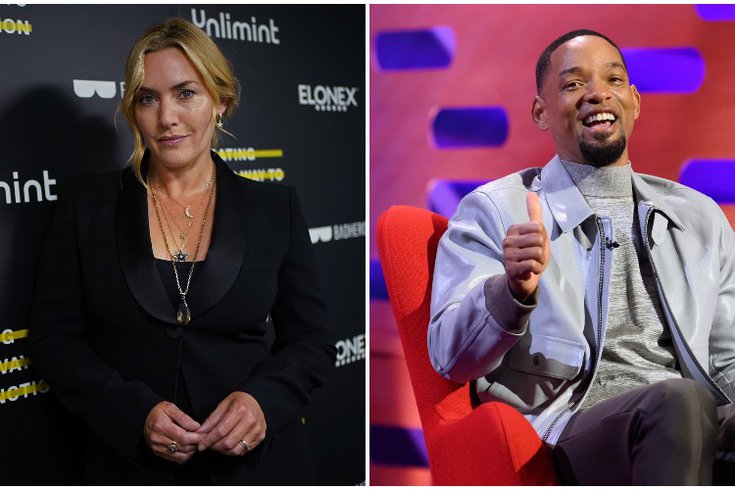 Kate Winslet and Will Smith won Golden Globe Awards on Sunday for their respective performances in 'Mare of Easttown' and 'King Richard.'

Kate Winslet and Will Smith were among the big winners Sunday at the 2022 Golden Globe Awards.

"Mare of Easttown" was nominated for best miniseries or television film, but lost to "The Underground Railroad."

Set and filmed in the Philly suburbs, "Mare of Easttown" follows Sheehan as she attempts to solve a murder and two missing persons cases while navigating struggles in her personal life. The seven-episode series is available to stream on HBO Max.

This has been a banner year for Winslet.

Winslet's Golden Globe Award is her fifth, but first since 2016, when she was recognized for her performance in the movie "Steve Jobs." She previously won best performance by an actress in a limited TV series in 2012 for "Mildred Pierce."

Smith won his first Golden Globe Award. His victory was the only one for "King Richard," which racked up four nominations. The movie fell short to "The Power of the Dog" for best drama film.

"King Richard" tells the story of Serena and Venus Williams' father, who served as a driving force for their success in professional tennis.

Chester County native Adam McKay's dark comedy film "Don't Look Up" received four nominations, but did not capture any wins. The movie lost to "West Side Story" for best musical or comedy motion picture, and to "Belfast" for best screenplay.

"The Power of the Dog" and "West Side Story" each captured three wins in the film categories, while "Succession" nabbed a trio of victories on the television side. A complete list of winners can be found on the Golden Globes' website.

The 79th annual awards show was not televised this year. NBC previously had aired the ceremony, but it declined to participate this year amid allegations of diversity issues within the Hollywood Foreign Press Association, the organization behind the event. The HFPA has been criticized across the entertainment industry for its lack of Black members and nominees, leading many to boycott the show.