Kate Winslet, Evan Peters and Julianne Nicholson all took home trophies for their performances in the suburban Philly-based murder-mystery series 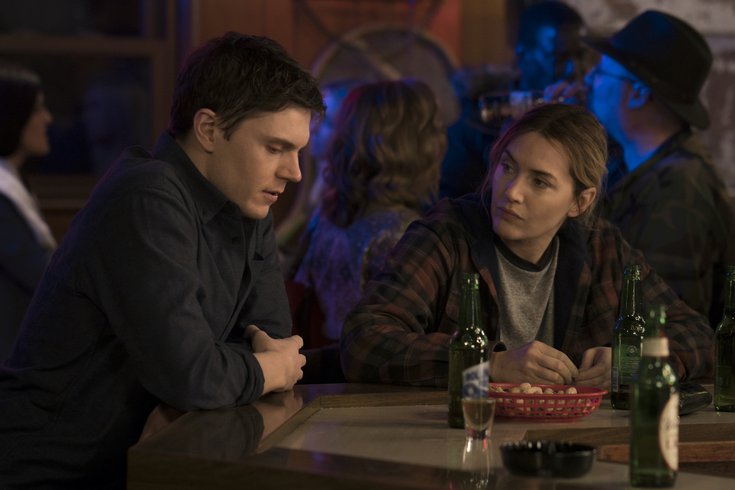 Take a bow, "Mare of Easttown."

Kate Winslet won outstanding lead actress in a limited series or movie for her performance as the show's main character, detective Mare Sheehan. It's the second Emmy Award of Winslet's critically-acclaimed career. The British actress won in the same category 10 years ago for her performance in "Mildred Pierce."

"I just want to acknowledge my fellow nominees in this decade that has to be about women having each other's backs," Winslet said during her acceptance speech. "I support you, I salute you, I'm proud of all of you."

"Mare of Easttown ... it was this cultural moment and it brought people together and gave them something to talk about other than a global pandemic, and I want to thank everyone for watching our show," Winslet said.

Evan Peters won outstanding supporting actor in a limited series or movie for his portrayal of county detective Colin Zabel. It's the first Emmy Award of his career.

Peters' acceptance speech consisted of several shoutouts to the cast and crew. His most notable tribute may have been to Susanne Sulby, the show's dialect coach. He thanked her for the "hoagies and homes" in the Delco accent Peters honed so effectively in "Mare of Easttown."

"But I especially want to thank everyone who watched this show," Peters said. "This is a dream come true for me tonight, and it wouldn't have been possible without you."

Nicholson thanked the entire cast and crew during her acceptance speech, but she reserved a special shoutout for Winslet.

"Man, you're good at acting. But, turns out, that you're good at caring for a whole production," Nicholson said to Winslet. "You led us every step of the way with such care and intelligence and love. If you hadn't called and asked if I wanted to join you in Philly, I would have probably read the first two episodes and said 'Nah, the priest did it' and stayed home. So I owe this to you."

"Mare of Easttown" tells the story of Sheehan as she seeks to solve a murder investigation and two missing persons cases while navigating through struggles in her personal life. All seven episodes are available for streaming on HBO Max.

Hosted by Cedric the Entertainer, the 73rd annual Emmy Awards honored the best in primetime TV programming from the past year. The event was put together by the Academy of Television Arts & Sciences in Los Angeles.

Netflix captured 44 Emmy Awards, the most of any network or streaming service, according to Variety. The streaming platform's strong performance was powered by 11 wins each for "The Crown" and "The Queen's Gambit." The Apple TV+ comedy "Ted Lasso" earned seven Emmy Awards.