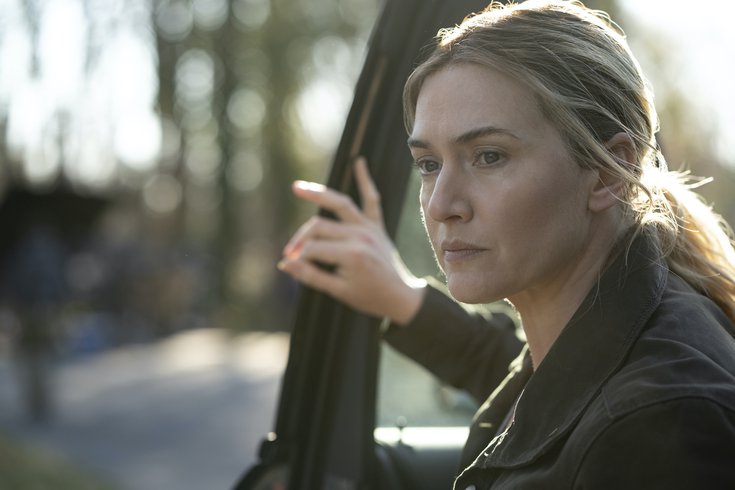 Kate Winslet's portrayal of detective Mare Sheehan earned her an Emmy Award nomination for outstanding lead actress in a limited series or movie.

The 73rd annual Primetime Emmy Awards could serve as validation for just how good of a television show "Mare of Easttown" was last spring.

The murder-mystery series, set in suburban Philadelphia, is up for 16 nominations Sunday's ceremony in Los Angeles, including outstanding limited or anthology series. Only two limited series — "WandaVision" and "The Queens Gambit" received more nominations.

The whodunit show followed detective Mare Sheehan, played by Kate Winslet, as she sought to solve a murder investigation and two missing persons cases while dealing with struggles in her personal life. Winslet's portrayal of the rugged, suburban detective earned her a nomination for outstanding lead actress in a limited series or movie.

Winslet's performance in "Mare of Easttown" was nothing short of outstanding. Her ability to master the unique Delaware County accent was applauded by many, even though it made her want to "throw things."

Winslet's impersonation of the region's dialect "makes you believe in Mare as a person and not a part," the Los Angeles Times' TV critic Robert Lloyd wrote this spring when reviewing the show.

"The achievement of Winslet's performance is that for as much as Mare may seem like a victim, we come to believe she has it in her, perhaps more than ever before in her life, to be great," Variety's chief TV critic Daniel D'Addario wrote.

It didn't take long for "Mare of Easttown" to become a cultural phenomenon both locally and nationally. Fans of the limited series were warned earlier this summer to stop trespassing at homes in Wallingford, Delaware County, where some of the show was filmed.

"Mare of Easttown" was mocked by Saturday Night Live in the "Murdur Durdur" sketch that went viral this spring. The sketch was so popular that Winslet admitted she cried with laughter while watching it.

"Mare of Easttown" perhaps became most synonymous with Wawa during its seven-episode run on HBO. The show's wardrobe was based largely upon customers in Wawa checkout lines, and the convenience store chain's coffee and hoagies could be seen throughout the series.

Both Winslet and Evan Peters, who portrayed county detective Colin Zabel in the show, frequented Wawa during film production in 2019. Winslet was a fan of Wawa's coffee, while Peters got hooked on their Thanksgiving-themed Gobbler hoagies.

Peters, who also successfully honed Delco's one-of-a-kind accent, has been nominated for outstanding supporting actor in a limited series or movie.

Hester County native Brad Ingelsby, the show's creator, has been nominated for outstanding writing for a limited or anthology series or movie. The Villanova University alum told PhillyVoice that his goal was to tell the story of his life growing up in Berwyn.

Two other limited series — "WandaVision," and "The Queen's Gambit," are up for more nominations.

Whether "Mare of Easttown" walks away with a boatload of Emmy wins or just one, Sunday night's ceremony will be a celebration of a series that brought viewers into the story of life in the Philly region.

Here is the list of nominations that "Mare of Easttown" received:

"Mare of Easttown" is not the only television program or actor with ties to the Philly region up for awards.

Leslie Odom Jr. is seeking his first Emmy Award, having been nominated for outstanding lead actor in a limited series or movie for his portrayal of Aaron Burr in the film0adaption of the Broadway musical "Hamilton," which debuted on Disney Plus last year.

Odom previously won a Tony Award for his Broadway performance as Burr. He also earned a Grammy Award when the show won best musical theater album.

Last year, Odom was nominated for an Emmy Award for his voiceover performance of the character Owen Tillerman in the Apple TV+ animated series "Central Park." He also has received Academy Award and Golden Globe nominations for his portrayal of R&B singer Sam Cooke in "One Night in Miami."

The Emmy Awards honor the best in primetime TV programming from the past year. The event is put together by the Academy of Television Arts & Sciences.

The most nominations this year belong to the Netflix series "The Crown" and the Disney Plus series "The Mandalorian," which each received 24 nods. HBO and HBO Max have 130 total nominations, barely edging out Netflix for the most among networks and streaming services.

The Emmy Awards will air at 8 p.m. Sunday on CBS and the streaming service Paramount Plus. Monthly and annual packages across two tiers are available through Paramount Plus, with prices ranging from $4.99-$99.99.

Cedric the Entertainer will host the awards show.