Wawa, Gritty and pretzels were also made fun of in the Philly region-themed skit on 'Saturday Night Live' this weekend 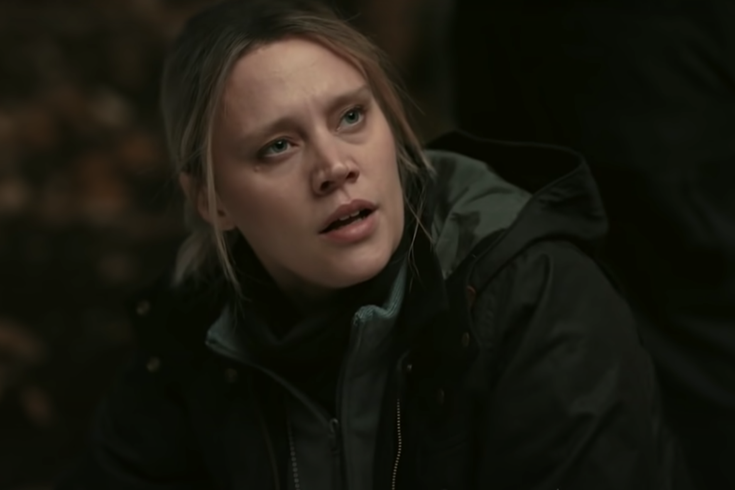 A sketch making fun of "Mare of Easttown," the Philadelphia region's unique dialect, Wawa and other cultural references to the area was one of the highlights of "Saturday Night Live" this weekend.

The premise of the skit was a commercial for a show called "Murdur Durdur" about a Pennsylvania detective determined to solve a murder case, echoing the plot of the new HBO series set in Philly's western suburbs that stars Kate Winslet.

"Mare of Easttown" is a drama that follows the main character Mare Sheehan, a suburban Philly detective played by Winslet, who is struggling to solve two local murder cases while enduring struggles in her personal life.

Kate McKinnon impersonates Winslet's character in the skit. But McKinnon goes by Care instead of Mare in the sketch. The narrator describes McKinnon's character as "an actress with a messy ponytail that says 'forget I'm actually British.'"

Alex Moffat plays the role of detective Colin Zabel, who is portrayed by Evan Peters in "Mare of Easttown." Bowen Yang portrays the local police chief, while Beck Bennett plays the role of Kenny McMenamin, the father of teenager Erin McMenamin who was found dead in a creek at the end of the HBO show's first episode.

"In a small town somewhere between New York and Washington, D.C., comes another story of a grizzled lady detective with a very specific accent," the narrator says to open the commercial.

The commercial also begins with McKinnon, Moffat and Young at a murder scene doing their best Delco accents. Among the words and phrases said include McKinnon saying "know" over and over again, "durdur" instead of daughter and "murdur" instead of murder.

The British actress Winslet takes on a Delco accent in the small town murder mystery show. Fans have applauded her for impersonation of the region's unique dialect through the show's first three episodes.

The sketch then cuts back to the narrator saying, "You've seen dead teens in New York, Chicago and Boston. But what about another city with very specific whites. Pennsylvania whites."

The narrator also jokes that "Murdur Durdur" comes from the same creators as "Mare of Easttown" and "It's Always Sunny in Philadelphia" and is "an extremely Pennsylvania crime show."

The sketch then cuts to cast members Heidi Gardner and Andrew Dismukes, both portraying police officers at the crime scene, eating Wawa hoagies and drinking Wawa coffee over the dead body.

"Would yous guys quit eating Wawa hoagies over the body please?" McKinnon's character says in her best attempt at a Delco accent.

Wawa has played an integral role in the production of "Mare of Easttown." The show's wardrobe was based upon customers in Wawa checkout lines, director Craig Zobel said. Wawa coffee and hoagies can be seen being consumed by characters on the show.

Additionally, Wawa was a popular spot for talent to refuel while filming. Winslet frequented the convenience store chain for its coffee during production. Peters became obsessed with Wawa's Thanksgiving-themed Gobbler hoagie.

Bennett's character then shows up to the crime scene to see his murdered daughter, upon which McKinnon's character gives him a Yuengling and a cheesesteak "to take the edge off."

The commercial then goes on to cite several spoof reviews for "Murdur Durdur."

"Highly accurate," according to a made-up newspaper called the Delco Daily, likely a reference to the Delaware County Daily Times. "The writers clearly googled. They knew the food and the towns."

The commercial also cites the New York Times as saying the show "is so authentically Pennsylvania, I'm assuming. Absolutely everyone was related to each other."

A fictional map of Chester County then appears in the commercial, with towns such as Conshohocken, Downingtown and Royersford mentioned by the characters. However, only Downingtown is actually situated in Chester County.

Other words and phrases that receive the full Delco accent treatment include McKinnon and fellow cast member Chloe Fineman saying "home," "phone," and of course, "wooder."

Yang's character then jokes that McKinnon's character comes from a family of police officers, and that her "pop pop's pop" was the original Phillie Phanatic.

The narrator returns to further describe the show as "constantly overcast" featuring "a creek and three bad homes and moments of true suspense."

The commercial then cuts back to McKinnon and Moffat at the crime scene, where they spot Gritty.

"Hey Gritty, go Flyers!," McKinnon says as the mascot waves and runs away.

Deacon Burton is believed by Sheehan and Zabel in "Mare of Easttown" to have knowledge about why McMenamin was killed.

"Might I be of some help?" Musk says while rolling a pink bike into the police station. "I'm Father Dover. Your daughter and I were friends," he says to Bennett's character.

"Oh ok so he did it," McKinnon's character says. "He is the durdur murdur."

The commercial concludes with the narrator joking that "this is where Joe Biden is from. Wow."


Along with Musk, Miley Cyrus was SNL's musical guest this week. Full episodes of SNL can be watched on YouTube and Peacock, NBCUniversal's streaming service.

New episodes of "Mare of Easttown" air at 10 p.m. Sundays on HBO and HBO Max.