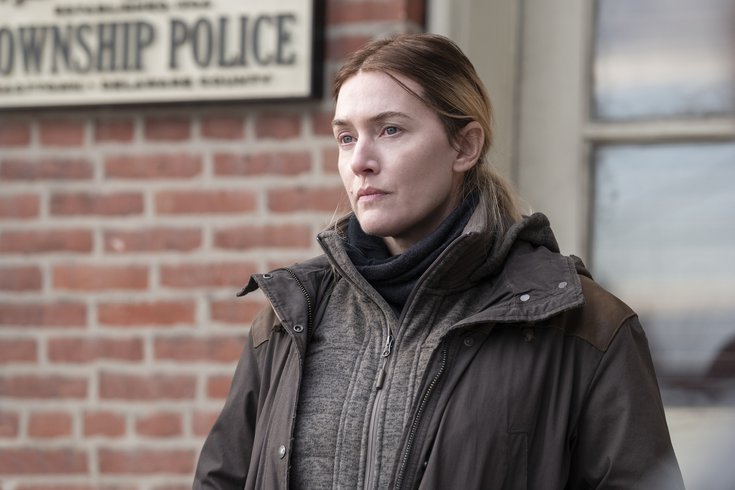 In HBO's 'Mare of Easttown,' Kate Winslet plays Mare Sheehan, a detective from Philadelphia's western suburbs tasked with solving a murder and missing child case. Winslet discussed the making of the series and getting to know the area – including Wawa – during an appearance on The Envelope, a Los Angeles Times podcast.

The action and drama in HBO's "Mare of Easttown" has steadily ramped up through the first three episodes of the seven-part series, displaying the best of Kate Winslet's acting chops as a troubled small-town detective in Chester County.

Winslet has been revealing in a number of interviews about the series, but hearing her actual voice this week in a Los Angeles Times podcast — with her natural English accent, not a Delco accent — is almost a bit jarring for viewers who have become attached to Mare's spiraling journey in the show.

Appearing on The Envelope podcast (listen to the episode using the player at the end of this article), Winslet opens up about the filming of "Mare of Easttown," her experience on the set and how she connected with the cast and crew.

"Making the show – it was a very, very intense experience, I'm not going to lie," Winslet said. "Playing this role really kind of knocked it out of me. And we were a tight knit bunch, you know? We were a close group of not just actors, but crew as well, and that was the key, I have to say, in doing something like this."

Winslet said the filming of "Mare of Easttown" stretched out to 120 days, in part because of the nature of the series but also because of the coronavirus pandemic. The experience took her back to her role in the 2011 film "Contagion," which she said she hasn't watched since the pandemic started.

"It was horrifying to suddenly be in a situation where I was like, 'Oh, my God, those KN-95 masks that we wore on Contagion, my God we've got to get those," Winslet said.

The British actress also was asked about her experiences at Wawa, where "Mare of Easttown" costume designer Meghan Kasperlik drew inspiration for the wardrobe seen on the show.

Winslet explained that she prepared for the role by subscribing to the Delaware County Daily Times and reading the newspaper every day. She often saw articles mentioning Wawa — making it out to be a "mythical place" in her mind.

"By the time I got there, I was like, 'It's real! Walking into a Wawa ultimately felt like ... it was kind of an honor, in a funny way, because to me that was the heart of Delco. So to finally walk through the door of a Wawa, I don't know why I felt like, 'Oh, yes, I'm here, I belong. This is where it's at. Wawa."

Winslet mostly stuck to coffee when she made Wawa runs, but cast mate Evan Peters, who plays Detective Colin Zabel on the show, became obsessed with the store's Thanksgiving-themed Gobbler hoagie.

"He would say, 'Ugh, you gotta try the Gobbler," Winslet said. "And it was this gigantic sub, basically — or hoagie, this huge hoagie. It's basically a Thanksgiving meal in a hoagie. He was like, 'Oh, yeah, I just eat that thing and I pass out.' And I'd be like, 'I'm not surprised! I'm not surprised, Evan!'"

The full interview touches on more details about the making of "Mare of Easttown," other projects Winslet has been a part of and her role as a mentor for young women in film.